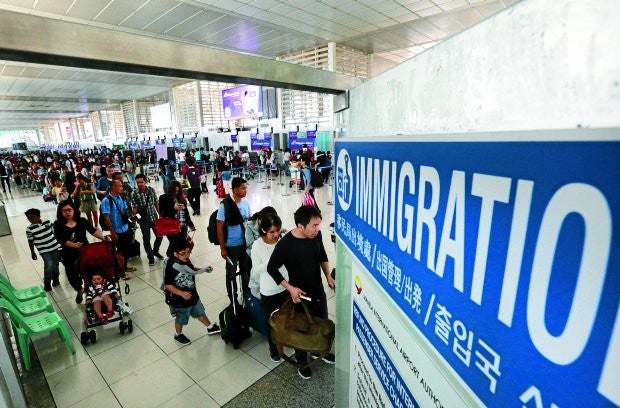 MANILA, Philippines — Since the Philippines reopened up its borders to international tourism, over 7,000 foreign guests have arrived in the country, according to Tourism Secretary Bernadette Romulo-Puyat, who said she was surprised by the number of tourist arrivals.

On Thursday, February 10, the government allowed the entry of fully vaccinated tourists from 157 countries that have visa-free arrangements with the Philippines.

“I was quite surprised when we reopened Feb. 10, I thought that only a few would come. But then I was so surprised that a lot came,” Puyat said in an ANC interview on Monday.

“If you count the four days—from Thursday to Sunday—we’ve already had about 7,051 tourist arrivals but of course, 45 percent are balikbayans but balikbayans are considered tourists because they have foreign passports,” she added. 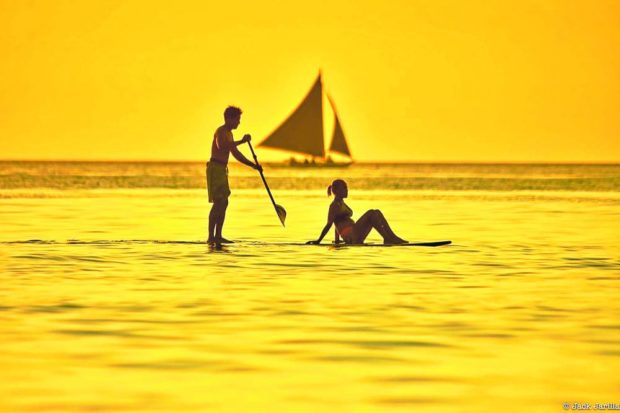 GOLDEN HOUR A couple on a paddleboard glides through the calm waters of Boracay Island amid the soothing backdrop of the setting sun on Jan. 29. The resort island in Malay, Aklan, is bracing for the arrival of local and foreign tourists as travel restrictions are eased.(JACK JARILLA)

Most of the tourists who entered the Philippines in the previous days are Americans, Canadians, Australians and British nationals, according to the tourism secretary.

“We even have Japanese, Koreans. They already came as early as Feb. 10,” she added.

Romulo – Puyat cited some of the reasons these tourists went to the Philippines.

“A lot were to be reunited with their families. May asawa sila dito na Pilipina [They have a Filipino partner],” she said.

There was also an American couple, according to Puyat, who came to the Philippines to help victims of the recent typhoon.

A family from Bulgaria, she also said, wanted to vlog their experience in the Philippines.

“A lot were coming here because they’ve been wanting to come here for business,” she added.

Read Next
How long should you date before getting married? Read on.