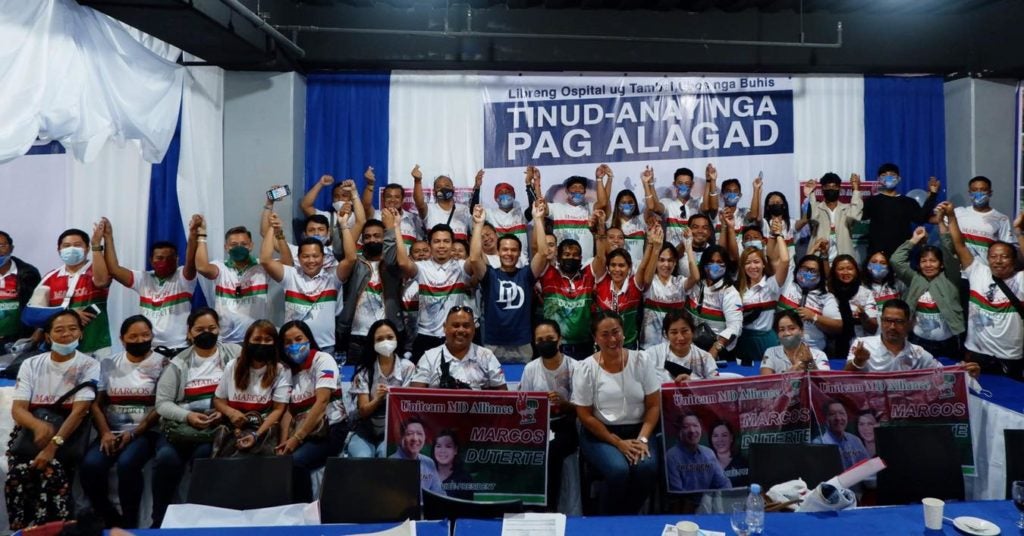 Cebu gubernatorial bet, former Sec. Ace Durano, gained the support of the Uniteam – Marcos Duterte (MD) Alliance Group in Cebu. Durano, however, has yet to formally announce his Presidential bet for the upcoming elections. | Contributed Photo

The UniTeam-Marcos Duterte (MD) Alliance Cebu group formally threw their support for Durano’s gubernatorial bid on Wednesday, February 16, 2022, according to a press release.

The group gathered at the Durano-Davide Headquarters in Mandaue City in a ceremony to officially endorse Durano.

Durano, however, has yet to announce the Presidential bet he will be endorsing for the incoming elections.

Except for his running mate, incumbent Vice Gov. Hilario Davide III, most of Durano’s political allies, particularly those from Barug Alang sa Kauswagan ug Demokrasya (Bakud), have pledged their support to Marcos and Duterte-Carpio.

At least 80 members and officers from the UniTeam-MD Alliance Cebu, led by its chairperson Riman Castellano, were present during Wednesday’s event, the statement added.

Castellano was quoted as saying that their alliance currently has no less than 300,000 members in Cebu, including those from the cities of Cebu and Lapu-Lapu.

He added that they chose to endorse Durano for his promise to improve the province’s healthcare sector.

For his part, Durano expressed gratitude for the support the group has given to him for the gubernatorial race.

Durano will be facing incumbent Gov. Gwendolyn Garcia in the May 9, 2022 polls. He will be running under the Partido Pilipino sa Pagbabago (PPP), which has yet to endorse a Presidential candidate.

Read Next
Bali welcomes back tourists with first international flight