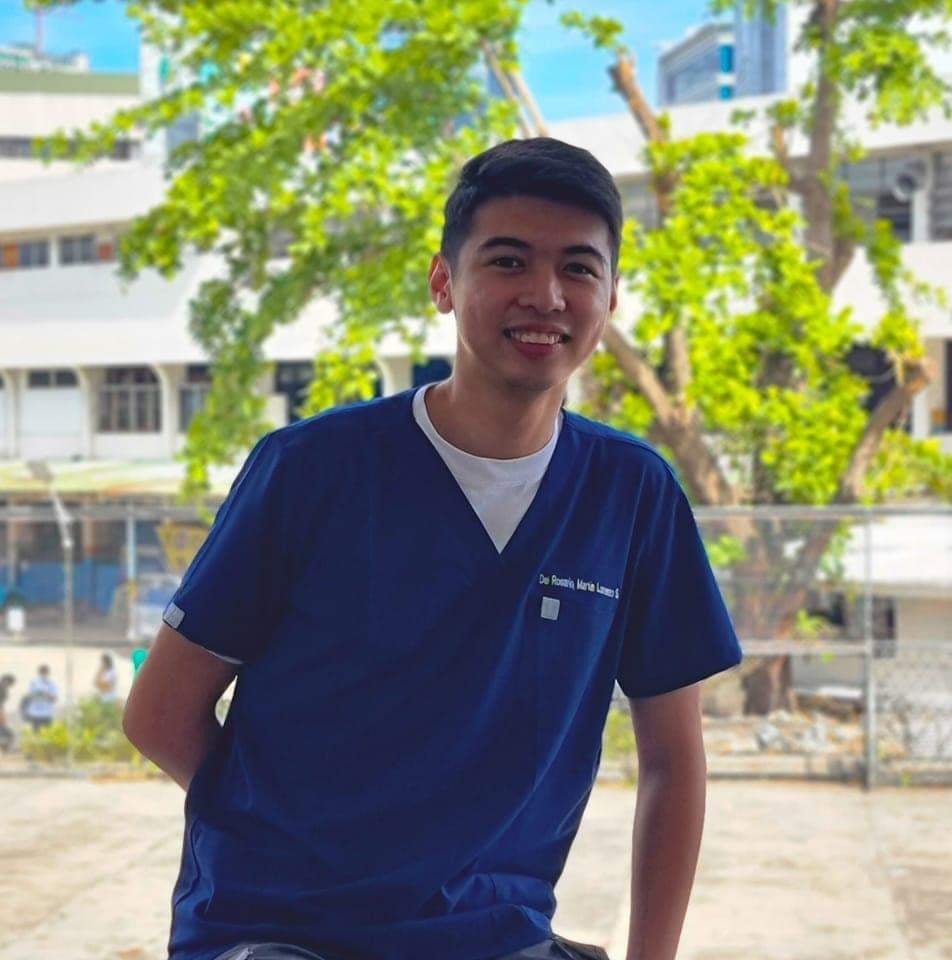 CEBU CITY, Philippines — He started as a volunteer.

In nearly ten years of volunteering, Del Rosario has witnessed various struggles the city faced, such as the pandemic and the recent Typhoon Odette in December 2021.

In fact, Renzo was one of the keys to the city’s preparedness for Odette as he may have been the first to alert the Disaster Office and Mayor Michael Rama of the incoming super typhoon.

He continuously works with the city government in rehabilitation efforts following the disastrous event all the while completing his Bachelor of Science degree in Nursing at Velez College.

A volunteer at heart

In 2011, Del Rosario witnessed an accident while crossing a road with his father and he felt the desire to help, but could not because at that time, he was just 11 years old.

“Well, it happened man gud that me and my dad, as we were going to cross the road, naay naaksidente. Critical ang driver sa motorcycle nya naluoy gyod ko. From that moment, it became a commitment, to help people,” he said.

Del Rosario started volunteering in 2012 at the age of 12, training for the Red Cross until he was 16 years old.

Volunteering opened up opportunities for Renzo to see the world and the tragedies that affect it. He was even part of a Red Cross delegation that went to affected areas of Typhoon Yolanda in 2013.

Later on, he volunteered for Barangay Guadalupe’s emergency response and in 2019, he finally volunteered for the City Disaster Risk Reduction and Management Office (CDRRMO).

Renzo’s volunteering paid off as he was awarded as among the Top 3 Nationwide Outstanding Volunteers by the National Economic and Development Authority (NEDA) and the Philippine National Volunteer Service Coordinating Agency (PNVSCA) in 2018. 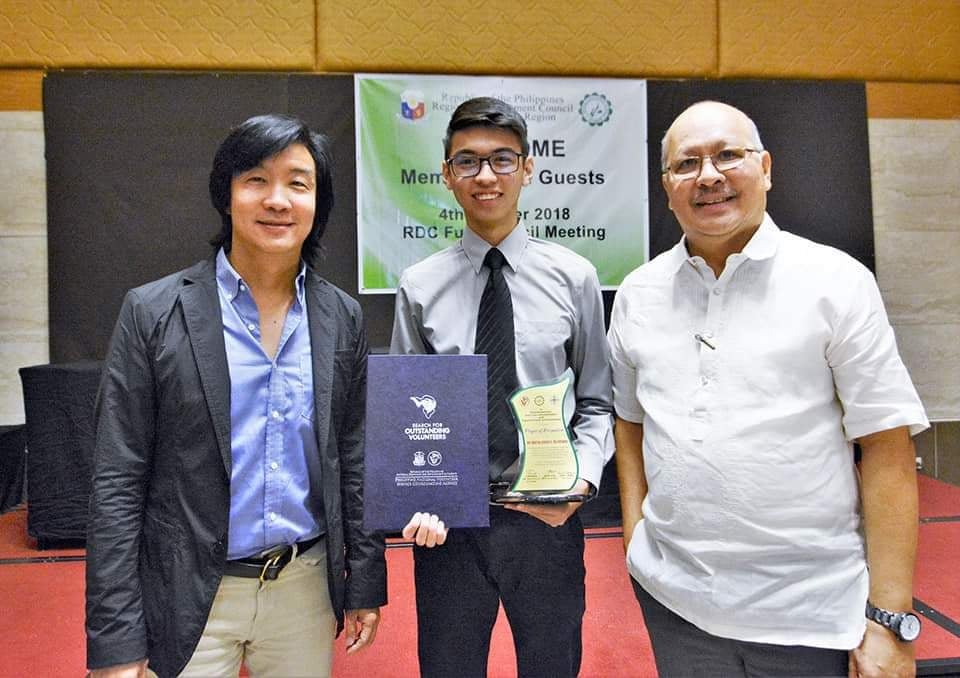 Renzo accepting an award as Outstanding Volunteer in Central Visayas.

The year after, he was a regional awardee for Outstanding Volunteer as well.

Renzo’s volunteering has intensified during the pandemic. As classes went online, he had more time to help the CDRRMO in responding to emergencies, getting even more experience in emergency medical response.

Cebu City Mayor Michael Rama took notice of Del Rosario during one of the severe weather disturbance briefings when Rama was still acting on behalf of late Mayor Edgardo Labella.

Rama encouraged Del Rosario to work for the city government as the mayor saw the dedication of the young volunteer.

Renzo said that one of the most difficult parts of being an emergency responder is witnessing tragedies and disasters happen to ordinary people.

The accident that struck him the most was the crash between a bus and an ambulance in October 2020, which made headlines for the number of injuries and casualties.

“It was catastrophic kay it’s not common nga imong kauban sa trabaho, mga medical frontliners and then at the height of the pandemic, madesgrasya,” he said referring to the medical professionals in the ambulance who were assisting the on-board patient.

Although it was just one of the many accidents he has responded to, Renzo said that it was difficult to see tragedy and be the first to respond to them.

Aside from that incident, the Typhoon Odette is also etched in Renzo’s memory as one of the most difficult incidents so far.

Renzo was working all night at the command center City Hall when the typhoon struck.

Even the City Hall was badly hit prompting the CDRRMO to move to the Cebu City Sports Center where another command center was already set-up for back-up.

The sheer devastation of the city and the massive job to monitor, check the damages, and respond to the incidents hit differently as Renzo was also worried about his own family.

Fortunately, he has prepared his family for the disaster and by the time he was able to come home, days after the typhoon hit, he was glad to find their home only mildly affected.

“Since I was able to alert the mayor about the typhoon, I secured my family first. I had enough time to plan out what me and my family would do. When the bagyo came, I felt very optimistic, they will not be affected,” he said.

Currently, the city continues to rehabilitate from the typhoon and Renzo continues to play his part with the CDRRMO and EOC.

Renzo is set to graduate from College in 2023. By then, he will have to leave the city government to focus on his Nursing Licensure Examinations.

It may be a goodbye for a long time because once Renzo gets his license, he plans to continue on his journey to becoming a doctor.

“I have to, I’ll have to let this go, to fulfill the my commitment, to become a medical doctor and focus on the medical career. But, if I will be called to serve, permitting and time and schedule in conflict, I will serve without any hesitation,” said Renzo.

The young emergency responder said that volunteering is an important part of the community.

“Having volunteers is the backbone of the bayanihan spirit. If we get more people trained, it increases the survival of a particular sitio you feel safer. When more people are trained, it would prevent, small incidents to become big ones,” he said.

Renzo urged the public to volunteer as the CDRRMO is offering free training for volunteer responders. This will help communities in the disasters Cebu City may have to face in the future.