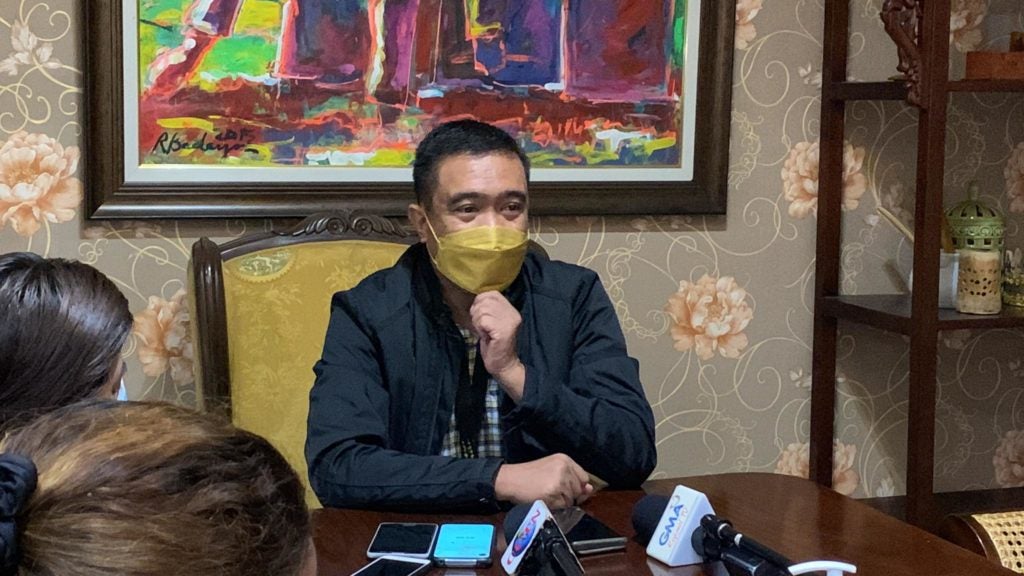 Dr. Jeffrey Ibones, Cebu City Health Department chief, says that they may have to suspect the vaccination of 5 to 11 year-old children because of problems on the supply of vaccines to the city. | Vhenna Marie Mantilla

CEBU CITY, Philippines — Only 200 doses of vaccines for COVID-19 are left for the inoculation in Cebu City of children, who are 5 to 11 years old.

Doctor Jeffrey Ibones, head of the City Health Department (CHD), said that the doses would most likely be used up today, February 28, 2022.

This means that the vaccination for 5- to 11-year-old children may once again be suspended for a few days.

The city was allocated 6,000 initial doses for the age group, half of which was already used up in just three days since the start of the vaccinations on February 16, 2022.

The other half was saved for the second dose, but on February 23, 2022, the Department of Health in Central Visayas (DOH-7) allowed Cebu City to use 1,500 of the remaining 3,000 doses for the first dose.

Now, merely another three days of vaccination has passed, only 200 doses are left.

Without additional doses coming, Ibones said they might have no other choice but to suspend the vaccination.

(Our vaccines for [children] 5-11 years old are nearly used up. If ever be no more supply [of vaccines] will arrive tomorrow, then, we will have to stop [vaccinations])

Ibones said that the suspension of vaccination again would be detrimental to the inoculation efforts because this might hamper the momentum of the program.

Despite this, Ibones said the DOH-7 assured of more supply of vaccines being allotted to the city.

The city was also assured that the second dose for the minors, who were already vaccinated, would come before the 21 day-period would be over.

Ibones also assured the parents of minors already vaccinated with the first dose that the second dose vaccines would be availble for their children by then.

And even if the doses don’t arrive yet, there is a leeway of a few days or weeks for the second dose to be inoculated.

For now, he said all that the city could do would be to wait.

Mayor Michael Rama said he would be seeking the help of the national government again to secure more doses of the vaccines.

This was after Dr. Jean Loreche, chief pathologist of DOH-7, told him that there really was a problem that needed to be addressed by the DOH national office.

(I will look for ways to contact Secretary [Carlito] Galvez, Secretary [Francisco] Duque, and Secretary Vinz Dizon so that this concern can reach them.)