Sandiganbayan convicts Tining, 4 others over ‘misuse’ of P20M funds for farmers 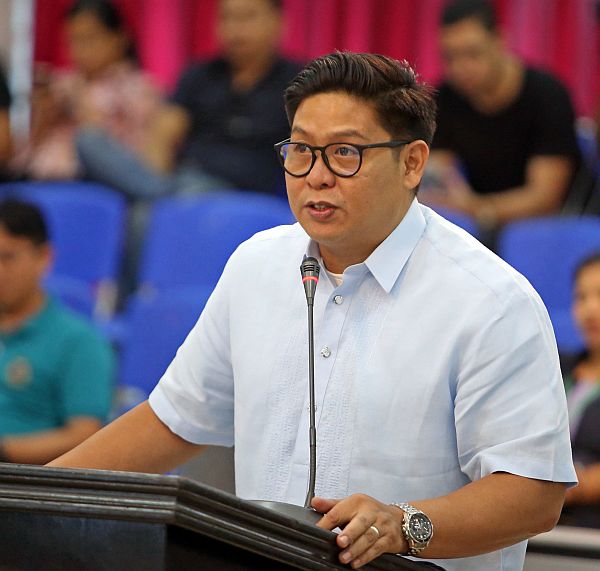 CEBU CITY, Philippines – The Sandiganbayan has convicted Provincial Board Member Celestino ‘Tining’ Martinez III, and four other former officials of Bogo City Government over the misuse of funds meant for farmers.

The state’s anti-graft court found Martinez guilty of violating the Anti-Graft and Corrupt Practices Act (Republic Act No. 3019) for diverting public funds worth P20 million in 2007, back when the current Board Member was still the mayor of Bogo City.

The Sandiganbayan’s Sixth Division has sentenced Martinez up to 10 years in imprisonment and barred him from holding public office.

In addition, the Sandiganbayan ordered Martinez, Verdida, Minguez, and Ursonal to ‘jointly and severally’ repay the P20 million in question to the Bureau of Treasury.

The ruling was promulgated on February 28, 2022. It was signed by Associate Justice Kevin Narce Vivero.

Martinez, for his part, said he will be seeking an appeal on the Sandiganbayan’s decision.

“Such decision isn’t final and executory yet as the same is still subject for a reconsideration or appeal – a remedy afforded to us under the Rules of Court. I have my lawyers prepare and study the necessary legal actions in accordance with the Rules,” Martinez said in a text message.

Based on the 119-page ruling, the case stemmed from a letter-complaint, alleging that the Bogo City Government had misappropriated funds under Ginintoang Agrikulturang Makamasa (GAM) program of the Department of Agriculture in Central Visayas (DA-7).

GAM was created to support farmers by giving them financial assistance in purchasing fertilizers, farming equipment, and other tools they need.

However, farmers in Bogo City, a third-class component city of Cebu province located approximately 70 kilometers north of Cebu City, complained that they were unable to receive the cash aid.

In 2009, the Ombudsman in the Visayas recommended the filing of charges against Tining and 14 other city government officials when they found out that funds intended for the GAM have been misappropriated.

After conducting a special audit with the Commission on Audit (COA), irregularities were found surrounding the Bogo Municipal Employees Multi-Purpose Cooperative (BMEMPC).

In particular, the P20 million earmarked as financial assistance to the coop’s members.

BMEMPC disbursed around P10.3 million to 179 of its members, through salary loans, between April and May in 2007. The employees that were granted the salary loans also did not declare any livelihood or agricultural projects.

The remaining P9.7 million were also repackaged as loans to nine individuals for their ‘livelihood and agricultural projects’, including a fish and prawn pond project which Martinez availed through a loan amounting to P5.5 million.

According to the Sandiganbayan, city government officials that also availed loans included Ursonal who borrowed P500,000 for a tricycle business and Minguez who borrowed P1 million for a mango farm.

But the Sandiganbayan, for their part, dismissed the arguments of the accused that all the loans have already been repaid.

“Quittance upon full payment of their loans will not absolve accused of criminal liability. Payment of the loans is a post-contract development that is inconsequential in determining culpability,” portions of the document read.

Despite this development, Martinez said he will not let it affect his decision to run for higher office in the upcoming May 9, 2022 elections.

“When I decided to run for office, I have already anticipated that this would happen. Thus, this will not diminish my steadfast commitment towards my vision for the 4th District of Cebu,” said Martinez.

Martinez refused to give further comments and details about the case.

“I have high respects for the integrity of our justice system and believe that truth and justice will be duly served,” he added.

Martinez will be running as a representative for Cebu’s 4th district under the Partido Pilipino sa Pagbabago (PPP). He will be facing incumbent Rep. Janice Salimbangon of One Cebu and the National Unity Party (NUP).