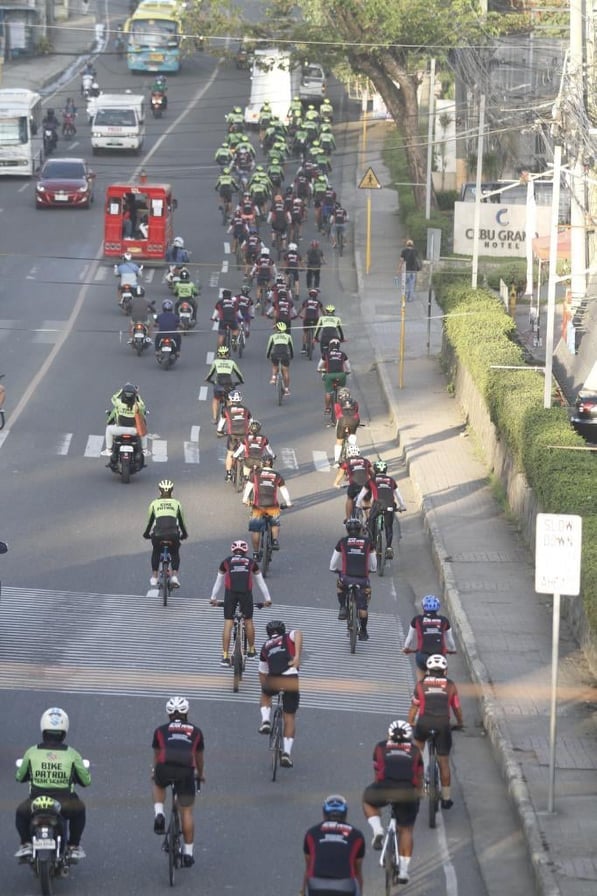 LAPU-LAPU CITY, Cebu—Different cycling groups here showed their support to the candidacy of former House Speaker and Taguig-Pateros first district representative Alan Peter Cayetano, who is running for  senator in the upcoming May elections.

“This is a bike caravan for Senator Alan Peter Cayetano, no posters, no tarpaulin, all digital ang iyang campaign,” said Kimberly Ann Regner, coordinator of the Tisa Bikers.

The activity started and ended at the Plaza Independencia on Monday morning, March 14, 2022. It was spearheaded by the Sugbu Bike Lanes Board of the Cebu City Government.

The route included Mabolo-I.T. Park, University of the Philippines (UP)-Cebu, Cebu Provincial Capitol, Pasil Public Market, and Colon Street. The activity was participated by close to 150 cyclists from Cebu.

On February 28, the bike caravan was first held in Pampanga and Laguna as a support to Cayetano’s candidacy.

The former house speaker is also urging his supporters to plant trees and mangroves, construct urban farms, and use social media as alternative to traditional campaigning.

Cayetano has opted not to also do a motorcade due to the high prices of fuel and so they can cut on carbon footprint from exhaust of vehicles.

Read Next
CCPO to launch another SAFE campaign for 2022 polls