Carmen police eye drowning as cause of ‘naked’ man’s death 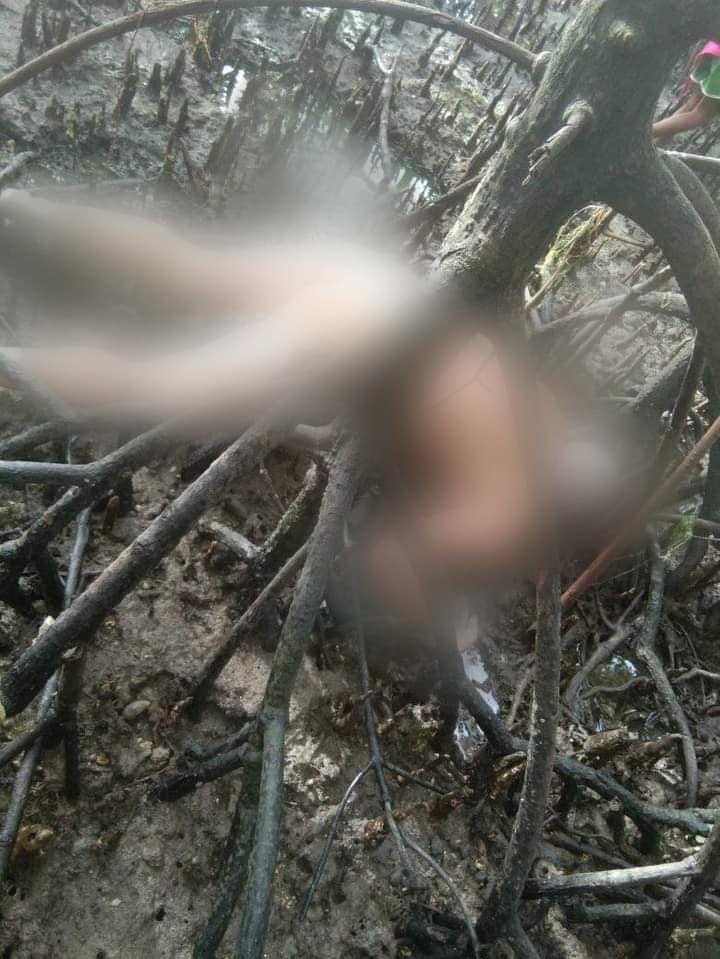 The body Mario Sios was found in the coastal barangay of Fuente in Carmen town. | Contributed photo

CEBU CITY, Philippines — Policemen are looking at the possibility that drowning killed a man, whose naked body was found near the mangroves in Barangay Puente in Carmen town early on Monday morning, March 21.

The victim was identified by his relatives as Mario Sios, 53-years-old and a resident of the adjacent Barangay Luyang.

Quoting the account of witnesses, Police Master Sergeant Emil Rubilla of the Carmen Police Station, said Sios, who appeared to be drunk, was last seen swimming on the beach Sunday night, March 19.

A certain Rommy Dela, a fisherman from Barangay Puente, found Sios’ already naked body near the mangroves swamp in their area at about 8 a.m. on Monday.

Rubilla said they did not find traces of trauma on his body that would suggest a possible foul play. Still, they advised his relatives to have the body undergo autopsy.