Jet Lee is an ambassadress of the Philippine Motorcycle Tourism 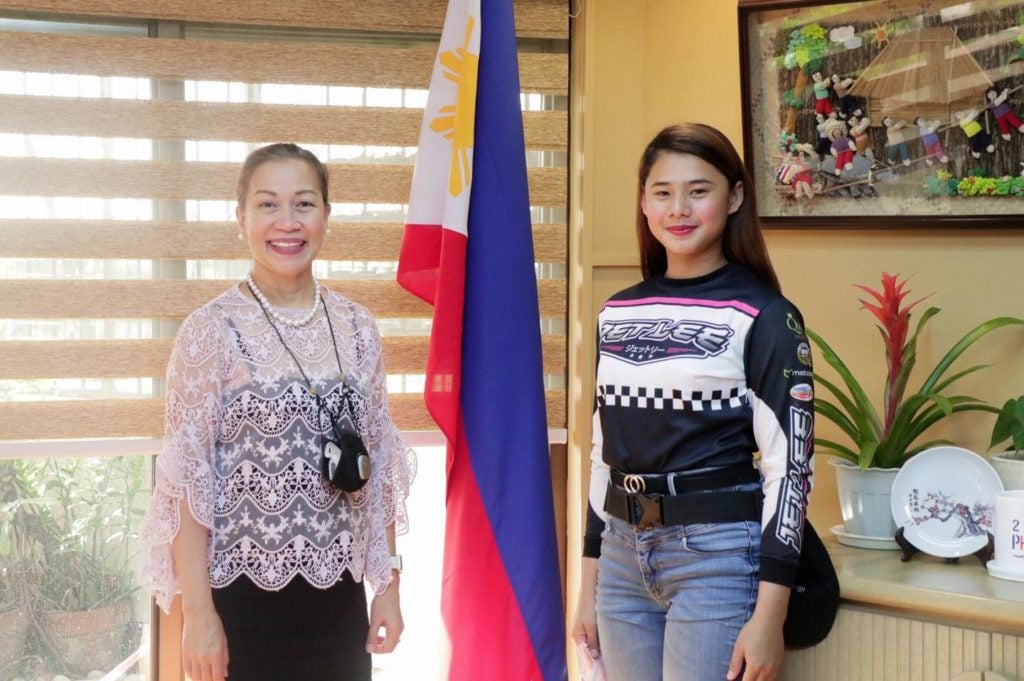 This was revealed in a Facebook post of the  Philippine Motorcycle Tourism, where she is seen in a photo with Tourism Promotions Board Philippines COO Maria Anthonette C. Velasco-Allones.

According to its Facebook page, the Philippine Motorcycle Tourism is a campaign spearheaded by the Tourism Promotions Board Philippines, the marketing and promotions arm of the Department of Tourism to spur domestic motorcycle tourism.

It can be recalled that the Talisay City motorcycle enthusiast is also an ambassadress of the Land Transportation Office in Central Visayas.

Lee said earlier that she wants to use her influence and skills as the voice for other riders to be responsible on the road.

“And as an LTO ambassadress, I use my voice or social media platform for their awareness to preserve the value of lives of my fellow riders. encouraging everyone to think safely and act responsibly,” said Lee.

In a post in her Facebook page, Jet Lee shared a video of her showing her basketball skills during a stop in their ride in Tanay, Rizal.