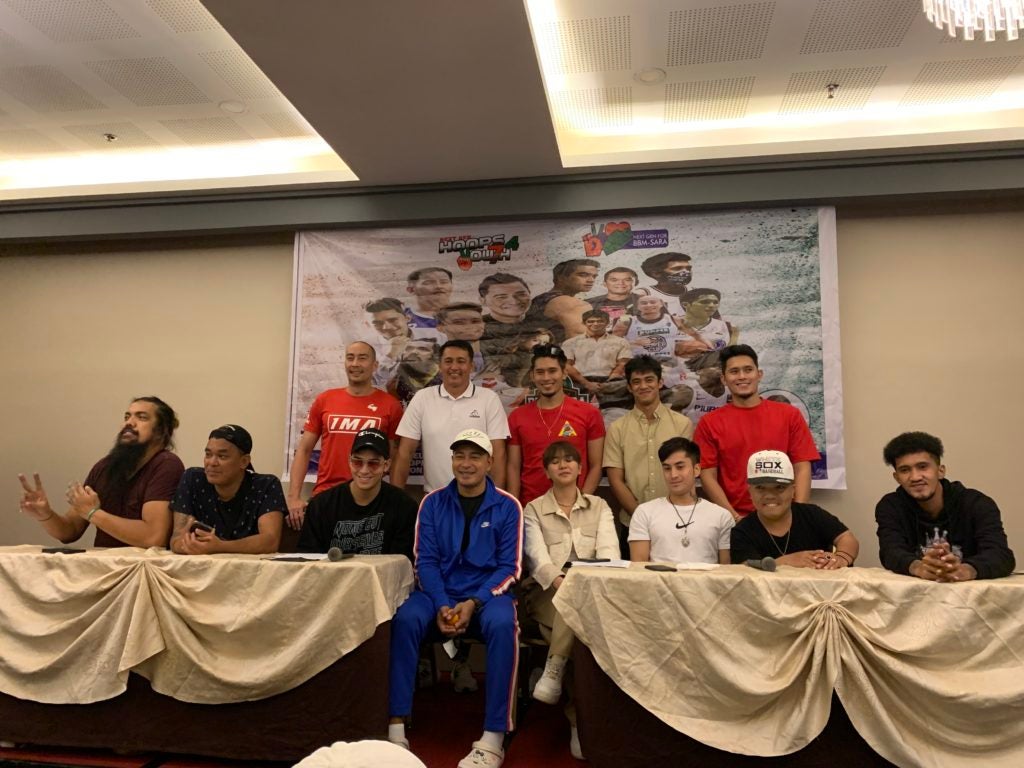 Cesar Montano, his son Diego Loyzaga, together with other celebrities, arrive in Cebu City for their BBM-Sara Celebrity AllStar event that will be held at the Cebu City Coliseum this afternoon, April 8, 2022.

Loyzaga and the rest of the celebrities join the BBM-Sara Celebrity All-Star event at the Cebu City Coliseum on Friday afternoon, April 8, not only to bring fun to Cebuanos but also to help undecided voters in choosing their bet for this 2022 polls.

“We are creating a platform to spread awareness, as being someone who is young kasi (because), you don’t know who to vote for or to choose. Bakit itong candidate ang pipiliin ko? (Why should I will choose this candidate?) So stuff like this, a basketball game, is raising awareness for younger people who aren’t sure kung bakit pipiliin ang candidate na to (why they are choosing this candidate),” Loyzaga said.

(There is a big percentage of the undecided voters, we are here for them.)

They will see action alongside ex-PBB Housemates and Star Magic talents Kenny and Toffi Santos, and League of Municipalities in the Philippines (LMP) President Christian Singson.