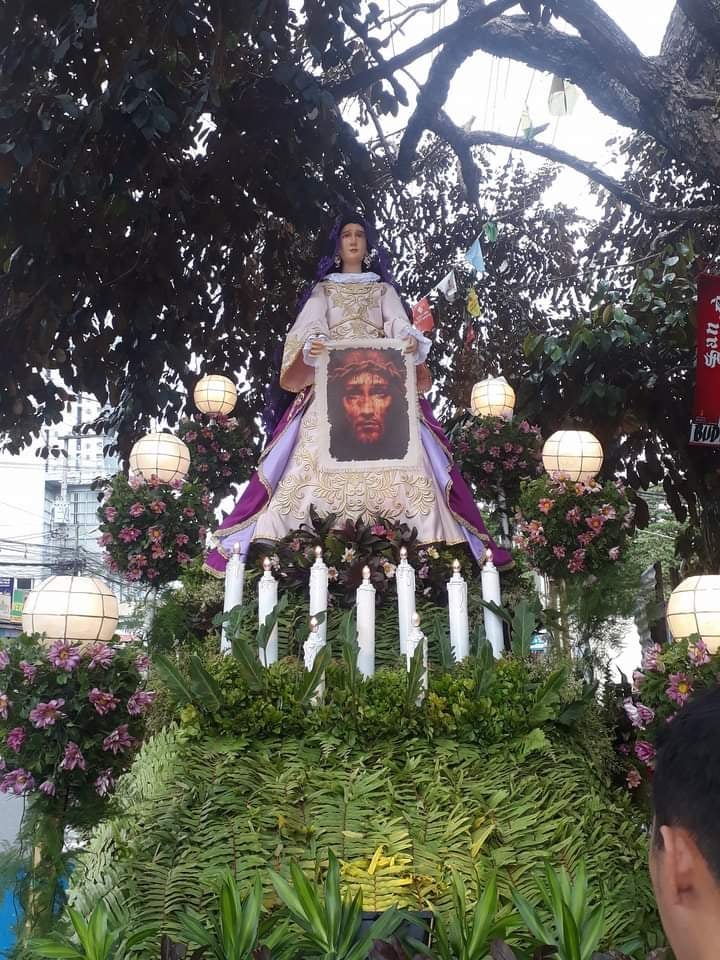 Santa Veronica in procession in 2019. | Photo Courtesy of Cliff Racuya

CEBU CITY, Philippines — The designing and caring of carros that carry Holy Images of saints has been a long tradition among devoted Catholics in Cebu.

Following a two-year hiatus of religious processions and Holy Week activities due to the pandemic, the carros are finally back to showcase the Holy Images with their intricate flower arrangements.

Kamareros, caretakers of carros, are also back on duty.

One such kamarero is Cliff Racuya from Barangay Guadalupe, who has taken up the art in 2018 after he was given a Saint Veronica image by Father Dodong Desuyo of the Archdiocesan Shrine of Our Lady of Guadalupe.

Since that time, Racuya has taken up the tedious but fulfilling work of being a kamarero and now he also takes care of an Our Lady of Guadalupe Image on top of his long existing Señor Sto. Niño Image.

Racuya said that an Image that will be paraded in a procession takes a lot of delicate care. This means that kamareros need to be detailed oriented and patient. 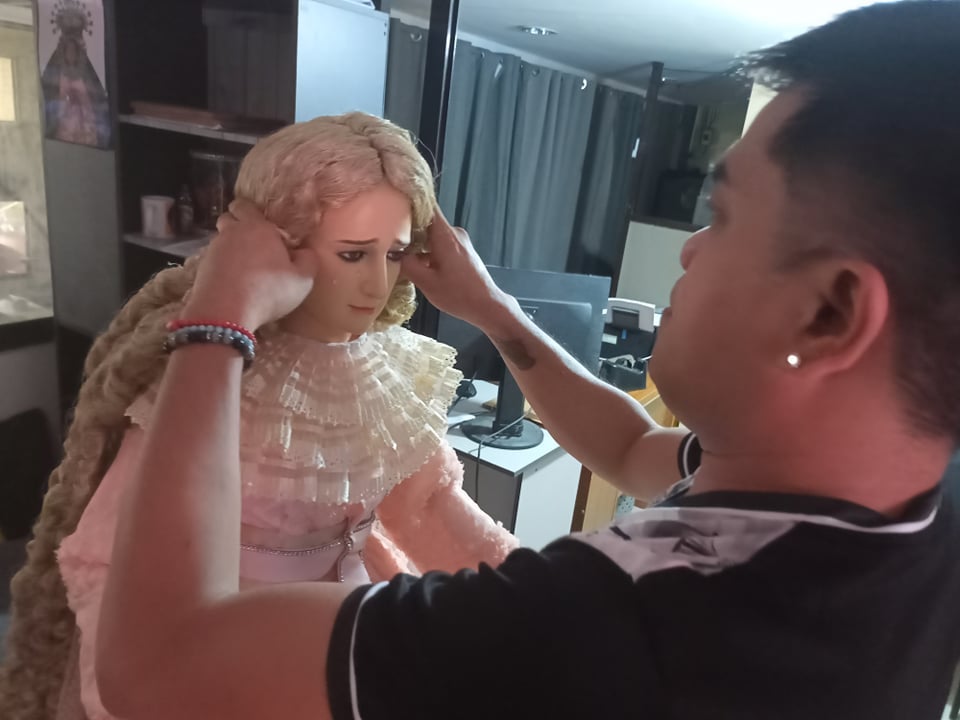 He said that for the rest of the year, the Holy Images are encased and are regularly cleaned. During the approach of the Lenten Season, a much more detailed upkeep is being done by experts.

For this year’s Holy Week procession on Good Friday, Racuya’s Santa Veronica carro is sponsored by devoted parishioner, Lawyer Paul Gueco, for the vestment for the exhibit.

Racuya said that one procession can cost P20,000 to P30,000 in the renting of the carriage, to flower design, to the new vestments of the saints.

This is why sponsors such as Gueco are much appreciated by ordinary kamareros like him. Other kamareros would spend more than P50,000 for grander processions.

Yet for Racuya, it is not much about the price of the carro, but the faith and devotion. True devotion, he said, is priceless. 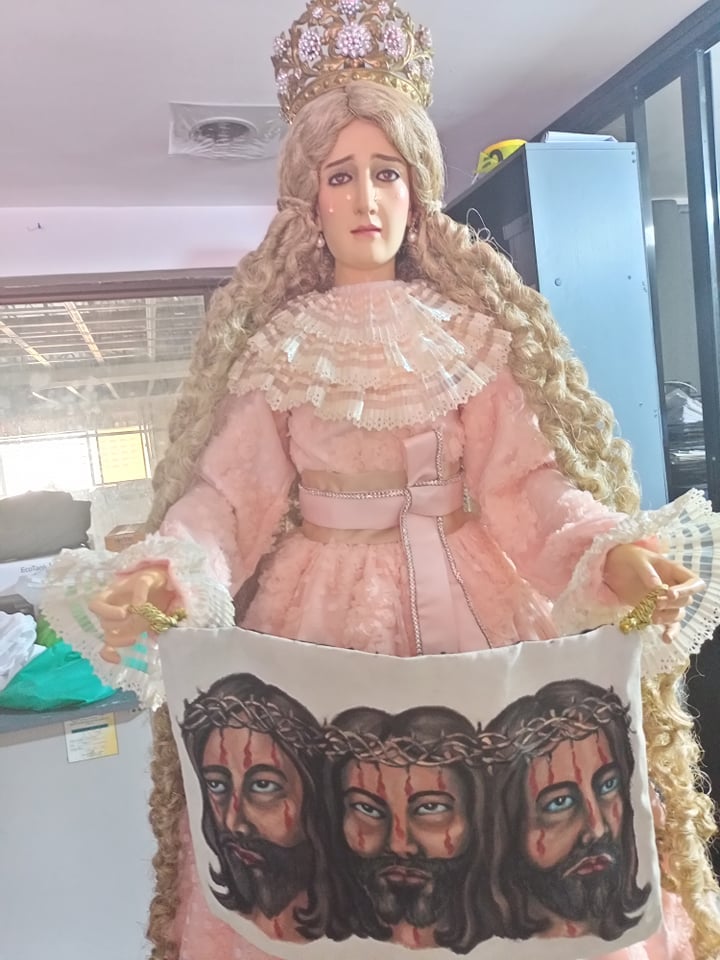 A sneak peak of Santa Veronica before the procession on Good Friday.

Racuya is just one of the many kamareros who have given much of her time to taking care of the Holy Images as a concrete form of their faith.

The Archdiocese of Cebu already explained that Catholics do not worship saints or statues. Saints are venerated and statues are only instruments for veneration.

Racuya agrees so, saying that taking care of statues and parading these Holy Images during processions allows Catholics to ponder upon the biblical stories and the faith that comes with it.

In the end, if it nourishes the faith, so it is worth caring for.