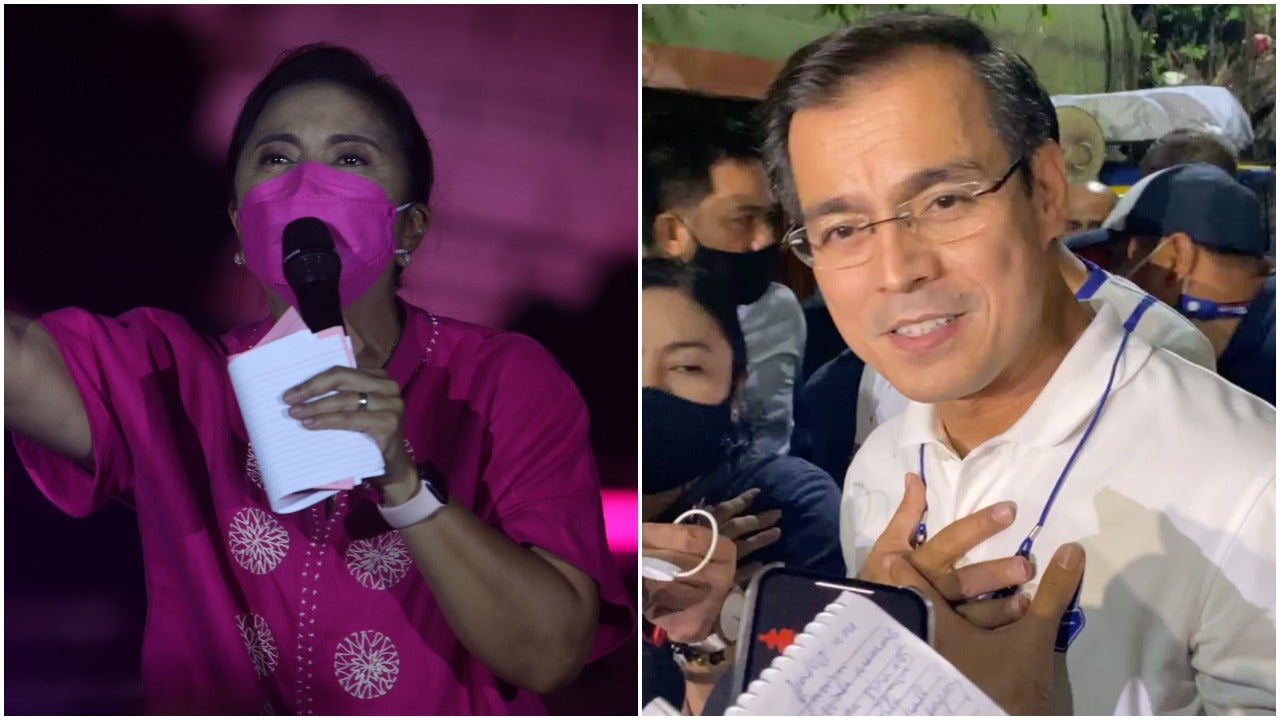 MANILA, Philippines — A faction of the Partido Federal ng Pilipinas (PFP), which earlier endorsed the bid for the presidency of Manila Mayor Isko Moreno has switched its support and is now endorsing the bid of Vice President Leni Robredo.

The faction is led by the party’s national chairman and former commissioner of the National Commission for Muslim Filipinos Ahubakar Mangelan.

“PFP decides to rally behind and commits to fully support VP Leni. This decision is a party decision, has undergone consultations with its members nationwide, and is a unanimous and cohesive decision,” said the PFP in a resolution dated April 19.

“The party believes in the leadership of VP Leni and her competence and experience to lead the country out of the pandemic and economic crisis into recovery and progress with good, clean and inclusive governance and timely, effective and efficient public service,” it added.

The party explained that it had switched its support, less than a month after its announcement to endorse Moreno, after realizing that there is a need “for a more formidable team to beat the greatest threat to our country.”

“With time running out and with recent developments, the party believes that there is a need for a more formidable team and candidate to beat a common opponent and one who poses the greatest threat to our country and our democracy, Ferdinand Marcos Jr,” said the PFP.

It added that it believes Marcos Jr. is one of the “least qualified among the candidates,” even citing President Rodrigo Duterte himself who, in the past, called him a “weak leader.”

PFP also reiterated its call on the other candidates, their supporters and volunteers, imploring them to heed its call for the “sole intention of beating their common opponent, Marcos Jr.”

“We believe that with VP Leni’s exponential surge in survey numbers, with her groundswell of support, with news of numerous switchers on the ground, and with everyone’s support We will have the best chance to defeat the survey frontrunner,” said the PFP.

The PFP then pledged that its will vigorously campaign for Robredo in their respective regions, including town meetings, quad media announcements demonstrating and encouraging the group’s support for the Vice President, and other events.

It also promised to assist in the campaign sorties of allied candidates.

Mangelen, previously filed a disqualification case against Marcos Jr. before the Commission on Elections. The petition, which was included in the consolidated cases, was dismissed by the Comelec.

Read Next
Solenn Heussaff: ‘How it is in bed after having kids’