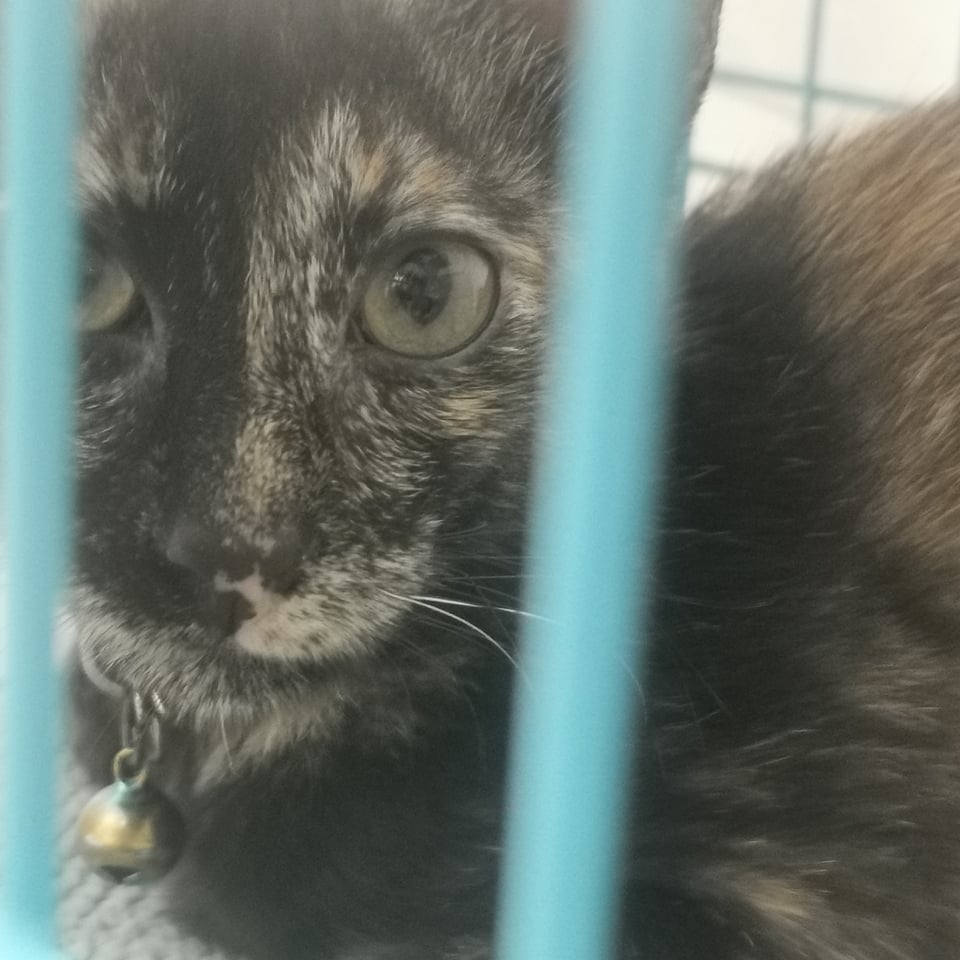 Ayala was kept on a cage while she was waiting for her turn to be spayed on Apil 24. | Photo courtesy of Zee Zahra

MANDAUE CITY, Cebu – A cat named Ayala had to take a quick break from accompanying her fur father, Joel Basallote, from his daily bus trips.

The cat, who is now almost five months old, was spayed on Sunday, April 24, 2022, and will need to take at least a week of rest to fully recover.

She also needs close supervision since she will have to take some antibiotics and multivitamins for seven days.

“So we have to keep her (Ayala) in a cage to restrict and monitor her and have her wear the Elizabethan-collar around her neck so that she won’t lick her surgical incision. Once the incision heals all well, she will be back with Sir Joel,” says Sarah (not her real name), a netizen who is helping Basallote care for his fur baby.

Sarah requested not to be named in the story.

Basellote found Ayala in January 2022 while he was having breakfast on a roadside food store located across the Ayala Terminal at the Cebu Business Park in Cebu City.

He named his pet cat “Ayala” after the place where he found her.

Since January, Basallote would take Ayala to work everyday. He would bring a bottle of milk for her while he also prepared a plastic container where she could urinate and poop.

READ: A mini bus driver and a kitten named Ayala 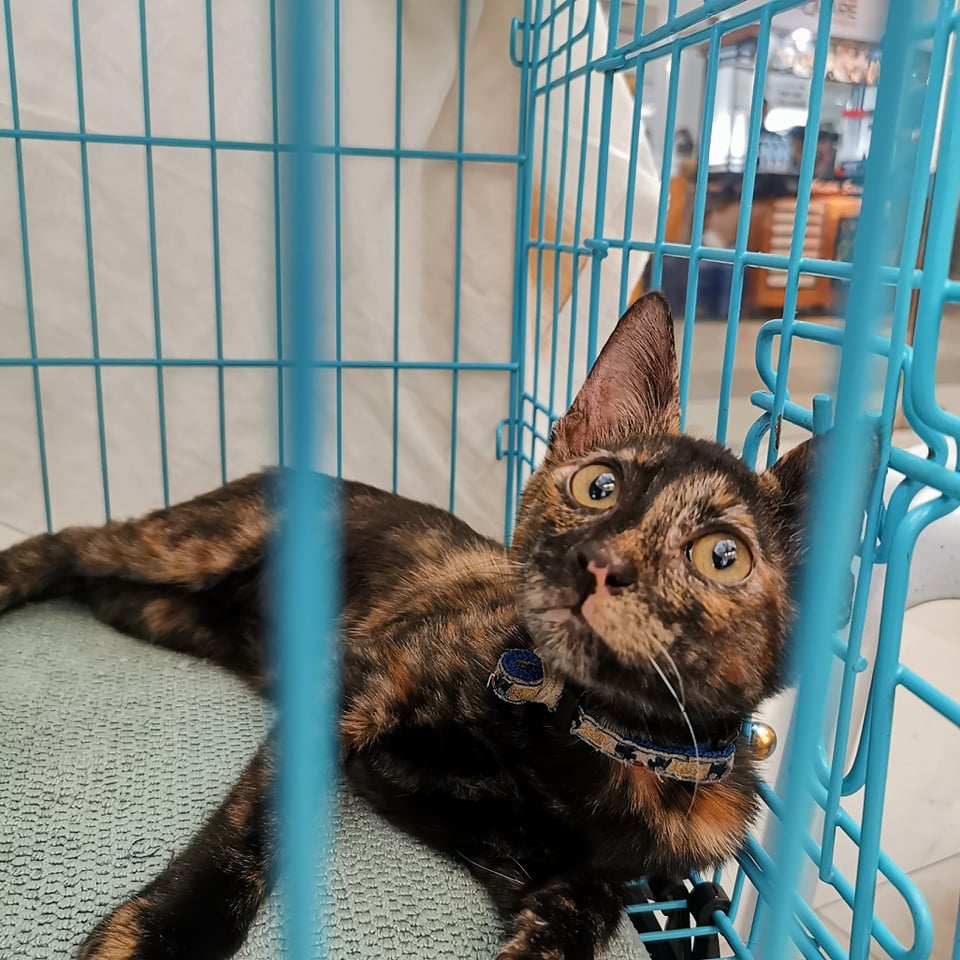 Touched by the story

Sarah, who read of Basallote and Ayala’s story posted by CDN Digital, reached out to the mini bus driver and offered to help him make sure that his cat is spayed so she won’t leave to find a mate and in order to prevent her from having kittens that they could not take care of.

“I reached out to you to get to sir Joel, ‘coz as a pet rescuer, his story is enlightening that despite his job of being on the road, he rescued her and he takes care of her (Ayala). That level of compassion ni sir Joel is inspiring. I don’t know how he managed to convince his bus operators to allow him to bring Ayala. It’s rare,” she said.

Since March, Sarah had been looking for means to have Ayala spayed.  The procedure would cost at least P4,000 when done in a veterinary clinic, she said.

Spaying a cat is a major surgical operation. A veterinarian will have to make an incision on the cat’s abdomen to remove the ovaries and/or uterus. The incision will then be closed with stitches.

After about a month of waiting, Ayala, who is now four-and-a-half months old, was finally spayed on Sunday, April 24.

Sarah said she only paid P900 since she was able to also avail of the low cost spay being offered by private individuals who are also caring for cats and dogs.

On Sunday, Sarah met with Basallote in a mall in Barangay Talamban in Cebu City where low cost spay and neuter for cats and dogs were being offered by a group called “Cats & Dogs Matter.”

During said visit, Ayala was also given anti-rabies vaccination, anti-inflammatory shot, and antibiotics shot.  She was also registered with the Cebu City Veterinary Office.

“Sulit na kaayo na siya ma’am its like na 5-in-1 all in one stop,” Sarah shared.

And just like any father, Basallote looked very nervous as he waited for the procedure to be completed.

“As we were waiting for our turn, he watched the ins and outs when they were handling the cats like the nervous fur parent that he is,” Sarah said.

Basallote brought Ayala home after she was spayed on Sunday, which also happened to be his day off.

Early on Monday morning, April 25, Basallote dropped by Sarah’s home to leave Ayala under her care for the next seven days.

“His partner would mention to me that he cried actually last night and had a hard time sleeping just thinking bout Ayala…,” Sarah said.

Sarah said she volunteered to take care of Ayala while she recuperates.  Joel won’t be able to keep an eye on his pet since he also had to report to work.

“Her movements need to restricted and [there is a need to] keep a close eye on her on behalf of sir Joel kay maglisud siya post-op after care.  Also, if there would be any complication, I’ll need to bring her to the vet,” Sarah said.

And unlike Basallote, Sarah said, she is more experienced in taking care of a newly spayed cat because she has also been helping in the rescue of stray cats.

“I’m pretty much used to look out for cats post-sterilisation so I know what to to look out for and care for them. If she recovers well, she’ll be back on the road with Sir,” she said.

But as soon as she recovers, Ayala will again be reunited with Basallote and join him as he plies the Mandaue-Ayala route on his mini bus.

Read Next
Leni in Cebu again for Ace-Junjun Rally