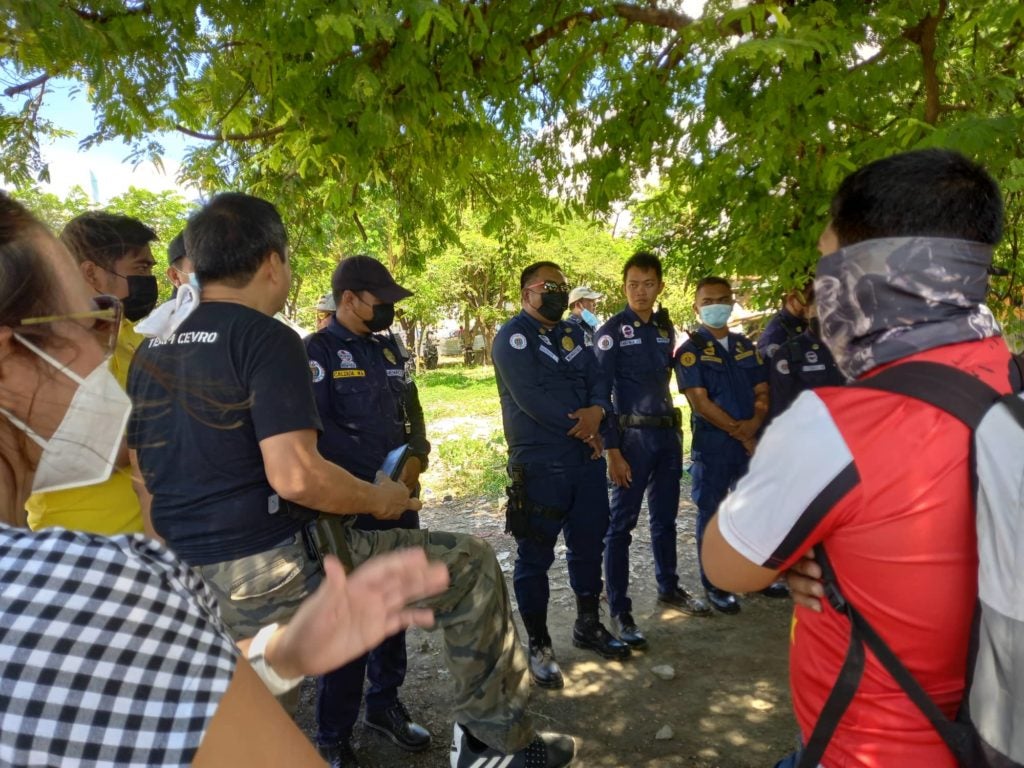 At least 20 security guards of Meniroses Security Agency, who were illegally securing a lot in Barangay Umapad, Mandaue City, have been arrested by the NBI on Monday, April 25. | Mary Rose Sagarino

Agent-in-charge Arnel Pura, said the Meniroses Security Agency, whom the involved security personnel were connected to, did not have a permit from the Commission on Elections to be exempted from the Comelec gun ban.

The NBI has also confiscated 10 shotguns, 12 revolvers, and some bullets from the security forces. The firearms will be checked if the serial numbers are defaced.

The security guards were brought to NBI office for more questioning. Personnel from Meniroses Security Agency refused to give a statement. 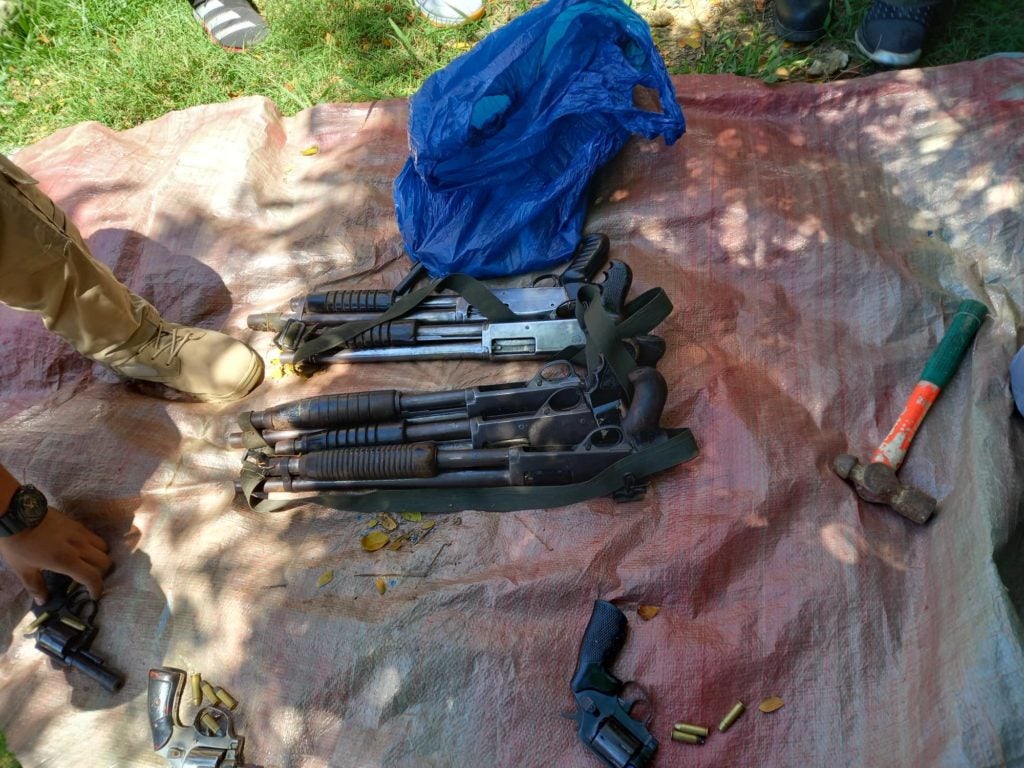 These are some of the firearms that were confiscated during the NBI operation against the group illegally guarding the Umapad lot. | Mary Rose Sagarino

Pura said they were still checking a certain Jerome who was the one who allegedly hired the security agency.

Pura said the owners of the 80-hectare land complained about the presence and harassment of the security guards and the still unknown claimant.

He said complainants had tax declarations and land titles confirmed by the City Assessor’s Office to be duly issued.

He said based on the letter complaint endorsed to them, at 10 p.m. sometime in January the security guards took over the property by force.

Pura said the letter was directed to the Office of the Department of Justice which was referred to the NBI.

Pura said aside from the owners, they had also received persistent complaints from the residents.

He said residents were prohibited to access the national road in Sitio Laray.

(All of us suffered. The materials at the time of Odette were put on hold because they will not let us pass in the area. That is why one of my councilors went to the area because we pitied the residents there because they already lost their homes and then this is what they did.)

Geminiano Vasquez, one of the owners and the one who donated the road right of way, was happy that the problem had been solved.

He said he lost P700,000 monthly income because of the problem as his lot was rented by a private company. 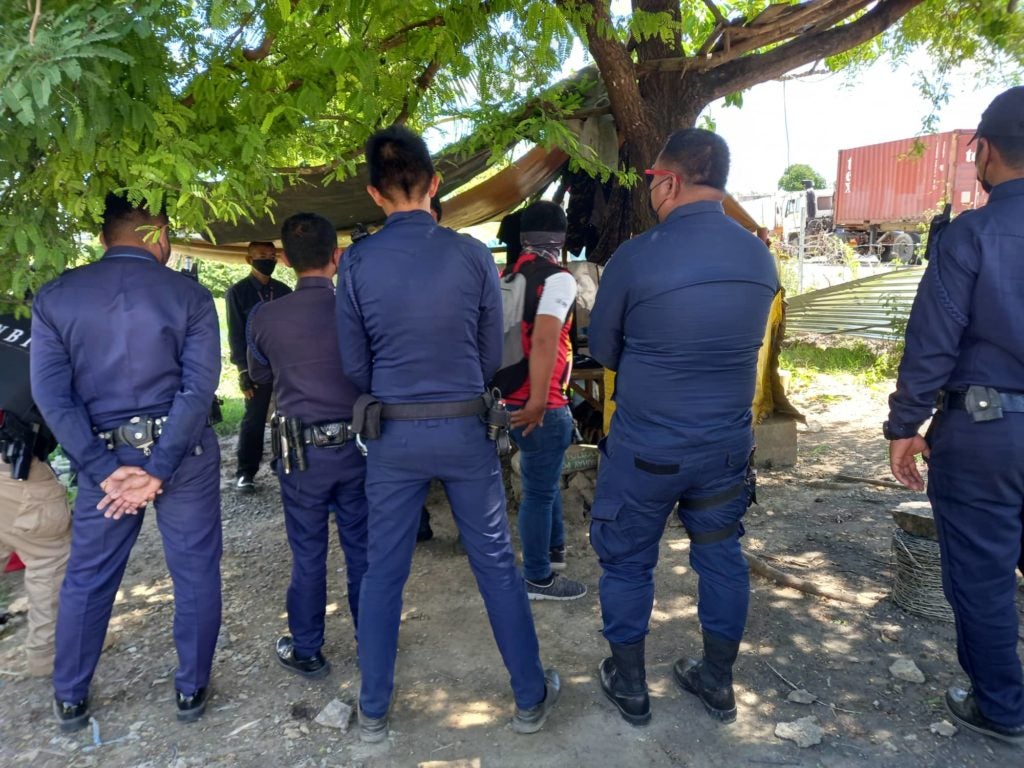 The arrested security guards may be facing cases such as the violation of the Comelec gun ban, illegal possession of firearms, usurpation of real rights, grave threats, among others. | Mary Rose Sagarino

Aside from the violation of the Comelec gun ban, the security guards may face possible violations and charges of grave threats, usurpation of real rights, and illegal possession of firearms.

Pura said the security agency could also be held accountable.

This was not the first time that there was an issue of illegal claimants in Mandaue City.

In Barangay Paknaan, about 45 hectares of timberland owned by the city government was claimed by Raul Canoy who was also arrested by the NBI on the first week of April.

The two-hectare land of the city government near Pajara Park in Barangay Umapad was also illegally claimed by a still unknown claimant.

(This practice is rampant today because Mandaue is booming. This is a national road. Why are they claiming a lot beside the national highway because after three years, three years from now progress here would be expected and if the group could claim this lot then they could do it if they could not be stopped.)