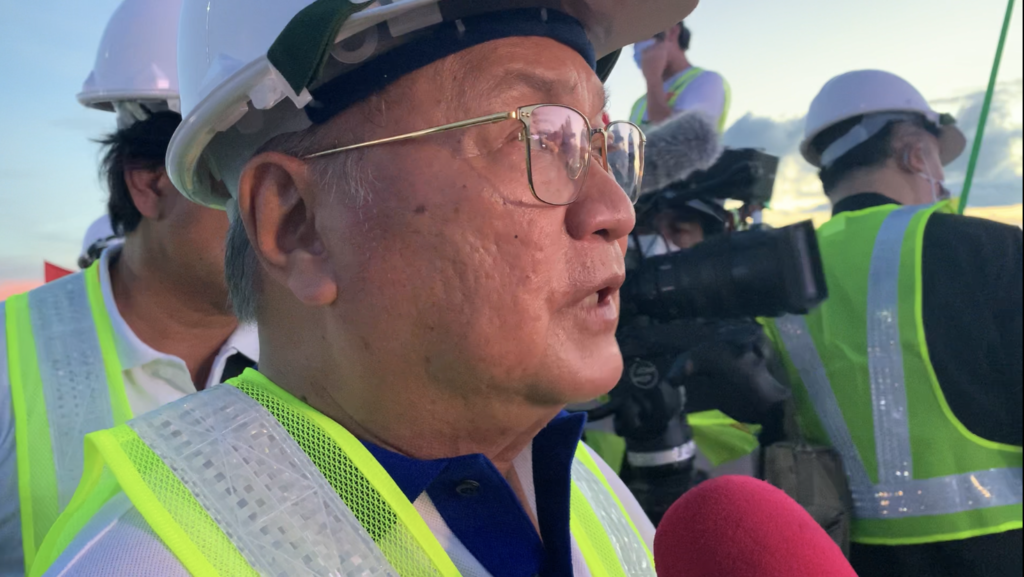 In fact, MVP believes that MPTC’s success in CCLEX will pave the way for more public-private partnerships (PPPs) that will benefit more local government units (LGUs) instead of being limited at the national level.

“This bridge, I believe, is the first significant public-private partnership between private enterprise and local government unit. We are honored and humbled to be partners with the City of Cebu and Cordova.”

“We hope that this will serve as a template for future infrastructure grand ventures contracted at the LGU level,” said MVP in his speech.

At the start of the project, MPTC projected the cost of construction at P27 billion.

Yet with so much support from Cebuanos, MVP said this encouraged them to pour more funds into the project which now costs P33 billion.

“That is a commitment to Cebu,” he said.

He thanked the President for being there at the start and at the end of the project.

MVP said CCLEX would encourage similar projects not just from MPTC but for the whole industry, creating trust and confidence for PPPs with LGUs.     /rcg