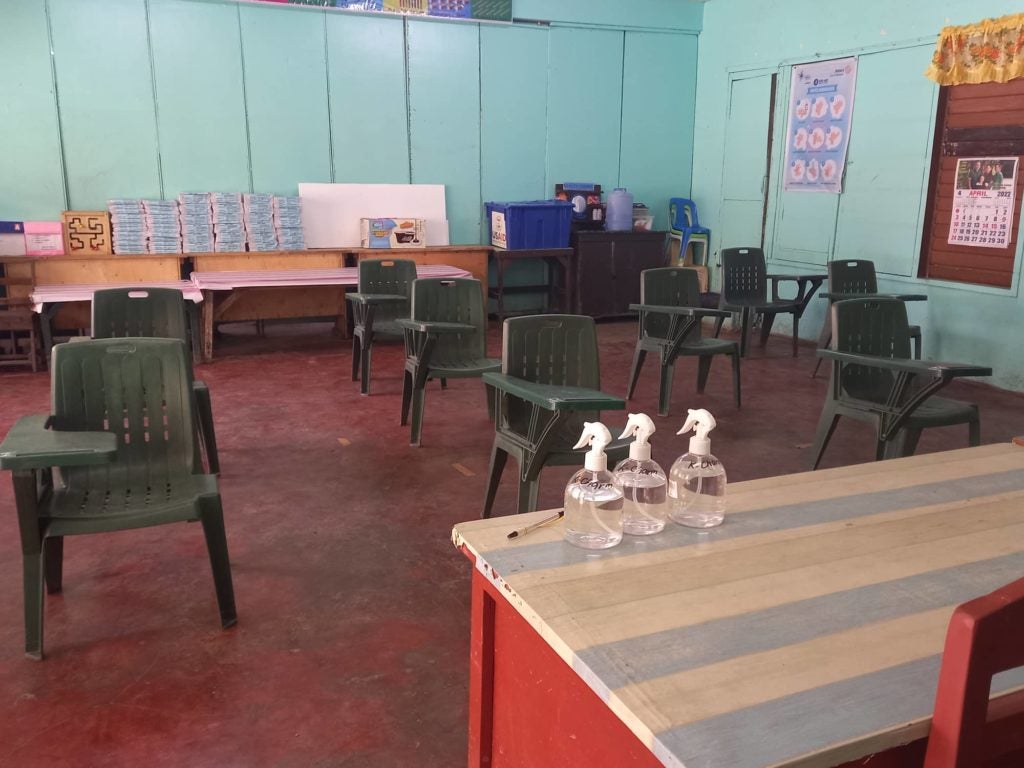 MANDAUE CITY, Philippines- Some schools here have shown they are ready for the elections this Monday, May 9, 2022.

One school that is all set for the national elections is the Mayor A.S Fortuna Elementary School in Barangay Guizo.

“We are 100 percent ready for Monday because we’ve been preparing for days now. The whole nine precincts with the holding areas so we have 18 rooms that we have prepared and then we have two rooms for isolation and one room for emergency polling place,” said Ma. Elena Sentasas, the school’s principal.

The isolation areas will be the holding area for voters who will have a high body temperature. If their temperature will not improve, they will cast their votes in the isolation room and an electoral board will bring his or her ballot, said Sentasas.

Senior citizens, Persons with Disability, and pregnant women can also opt to vote at the emergency polling place.

Voters’ temperatures will be checked before they can enter the schools as one of the health protocols to be implemented because of the COVID-19 pandemic.

The school also has different exit and entrance gates so that voters will not run across each other.

The school has also already received vote-counting machines and their batteries. The final testing and sealing is scheduled on Thursday, May 5.

Dr. Nimfa Bongo, DepEd Mandaue Superintendent, earlier said that the schools that will be used during the elections in the city are now ready with only a few needing light bulbs to be replaced

Comelec-Mandaue: 2,063 individuals take part in final briefing for May 9 polls