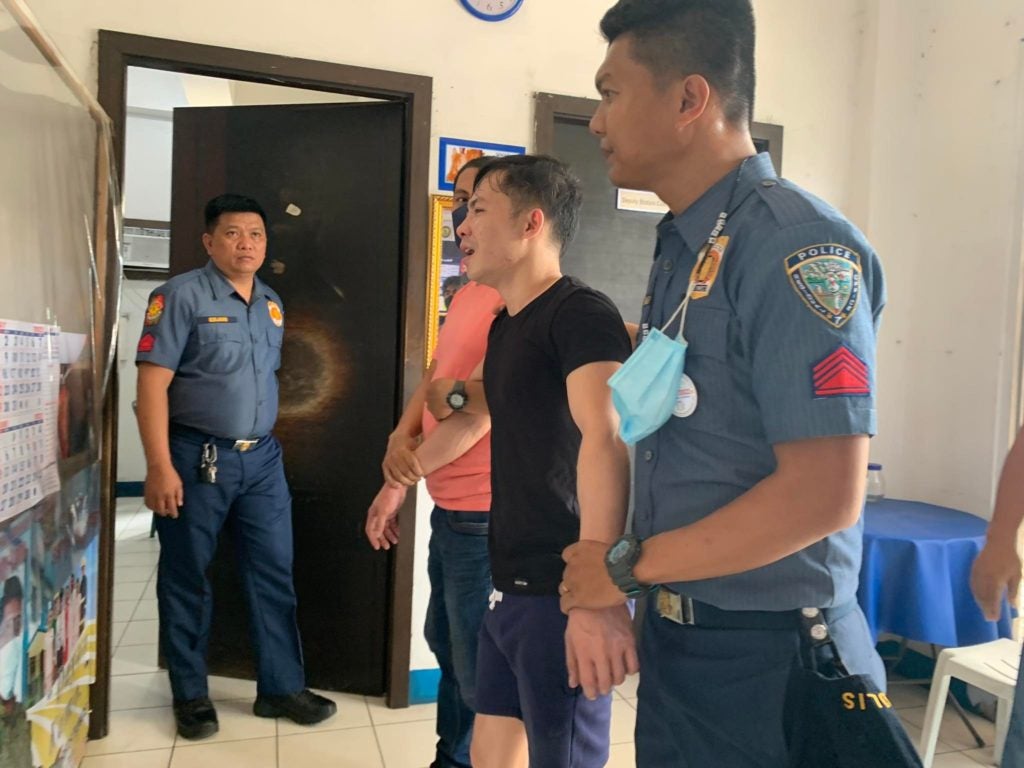 Jonel Argenal of Iloilo City, the man who attempted to jump off a skywalk along Osmeña Boulevard in Cebu City on Tuesday, May 10 is now in deep trouble after the police believed that he was under the influence of illegal drugs when he committed the act. | Pegeen Maisie Sararaña

CEBU CITY, Philippines — A 31-year-old man was rescued after he attempted to jump off from a skywalk near Bangko Sentral ng Pilipinas in Cebu City on Tuesday morning, May 10, 2022, claiming some individuals were after him.

However, Police Major Nolan Tagsip, chief of Abellana Police Station, said that they decided to arrest the man instead and will file a complaint of Alarm and Scandal against Jonel Argenal of Iloilo City.

Tagsip said that based on their assessment, Argenal was under the influence of illegal drugs.

In an interview with the media, Argenal claimed that some individuals were after him, the reason why he was running around the city since past midnight on Tuesday, May 10.

He said he was staying in a hotel near Mango Avenue with other companions. He claimed that one of them allegedly injected liquified ‘shabu’ into him.

Argenal said that they went to Bohol from May 1 to 4 to relax before they arrive here in Cebu.

According to him, he was in Cavite [during the lockdown] when he was offered by a friend to become a massage therapist for hire.

Argenal added that he has no idea who is behind this but he believes it was a foreign national.

The police, on the other hand, said that it was around 11 a.m. when Argenal went inside the Police Regional Office (PRO-7). He was allegedly running while carrying two barbecue sticks. They tried to come after him until he went outside and headed to the skywalk located near the Bangko Sentral ng Pilipinas along Osmeña Boulevard in Cebu City.

He was already hanging from the railings in the skywalk when police rescued him and brought him to Abellana Police Station. They recovered three cellular phones from Argenal and a variety of cards.

Argenal is currently under the custody of Abellana Police Station as of this posting as police continue to investigate the veracity of his claims.      /rcg

READ:  Man attempts to jump off old Mandaue-Mactan bridge due to ‘family problems’