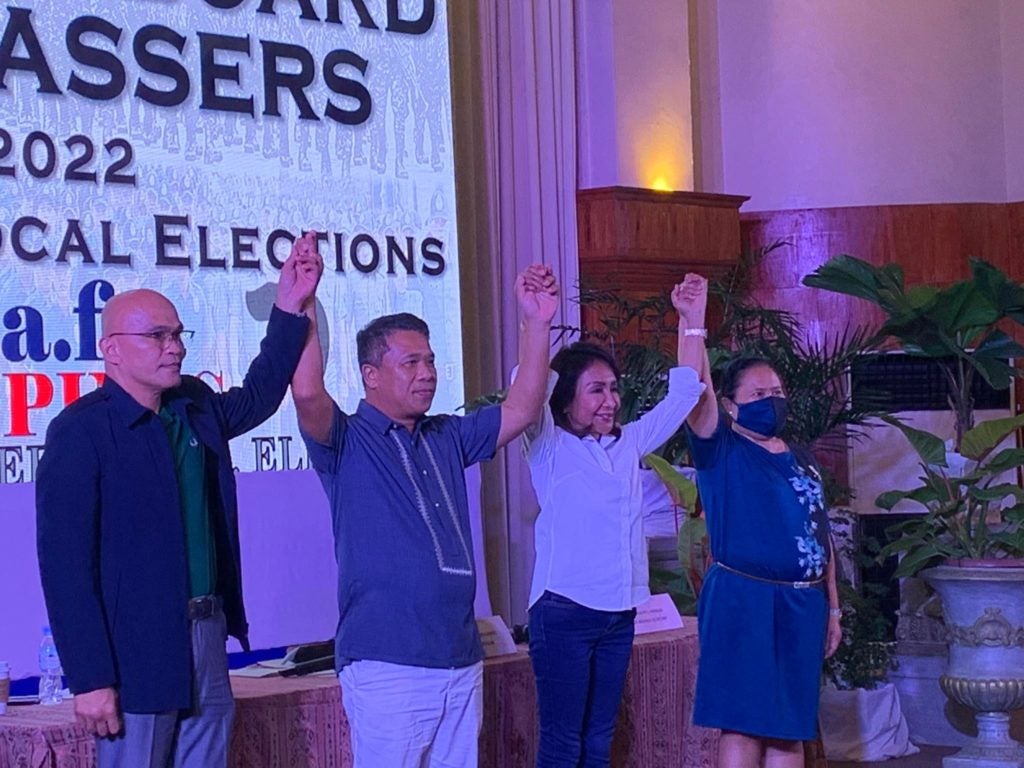 Gwen Garcia earned a fresh three-year term as Cebu governor after amassing a “historic” 1,478,436 votes, the highest ever earned by a Cebu governor, the Commission on Elections (COMELEC) said.

CEBU CITY, Philippines — Reelectionist Gov. Gwendolyn Garcia has won her bid for another three years at the Capitol after she was proclaimed winner of Cebu’s gubernatorial race on Tuesday evening, May 10.

The Board of Canvassers led by the Commission on Elections in Cebu (Comelec-Cebu) announced around 8 p.m. on Tuesday that all 51 localities in the province have transmitted the results for the local elections.

As a result, they were able to issue the final and official tally of votes which showed Garcia leading as governor with 1,478,436 votes.

During her proclamation, Comelec-Cebu reported that Garcia’s victory was historic as she became the first governor to garner the ‘highest number of legally casted votes’ yet.

Garcia leads by a margin of approximately 1.1 million voters over her challenger, former Tourism Sec. Ace Durano who garnered 341,455 votes.

Aside from Garcia, incumbent Vice Gov. Hilario ‘Junjun’ Davide III also won his bid for another term at the Capitol after accumulating 788,081 votes.

However, the vice gubernatorial post was a tight race between Davide and his opponent, Dr. Tess Heyrosa, who is Garcia’s running mate.

His schedule of proclamation is yet to be formally announced.

In her post-proclamation speech, Garcia thanked the Cebuanos who voted for her, friends, family, and her supporters during their campaign caravan.

Garcia also described her recent feat as a ‘hair-raising’ moment, and vowed to her constituents that she will even boost her promise of ‘buhat ang pasulti-on’.