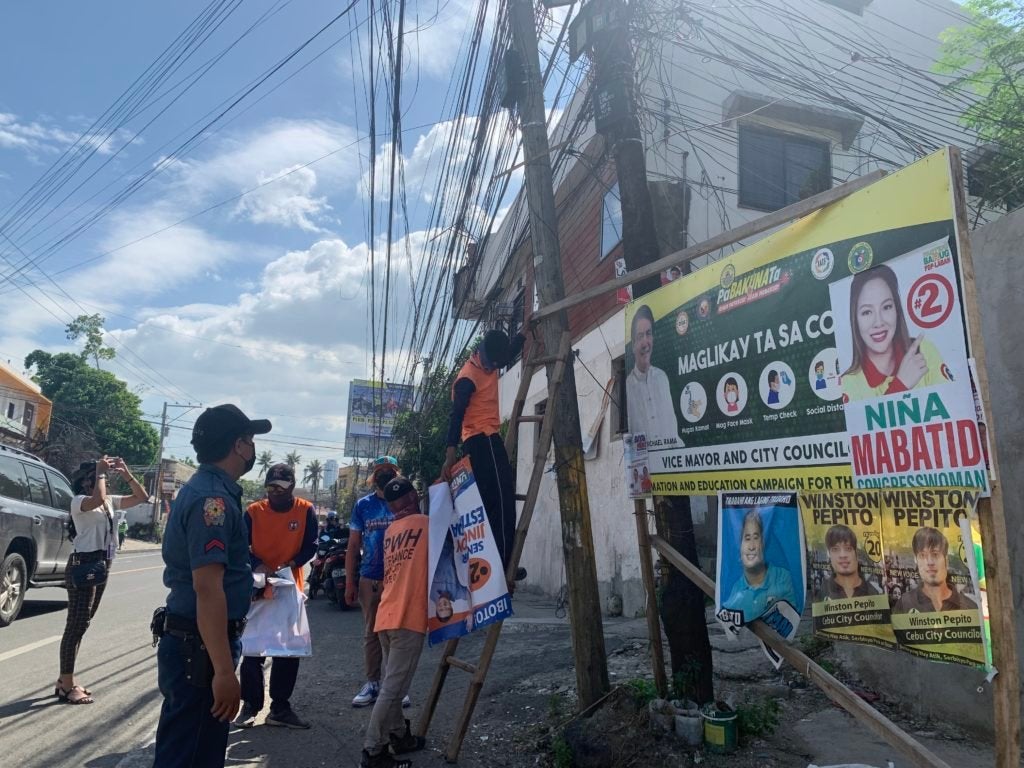 CEBU CITY, Philippines — The Commission on Elections (Comelec) in Cebu City has requested the city government and candidates of the recent elections to clean up the city.

Marilou Paredes, the acting South District election officer, said the elections left the city with so many posters, tarpaulins, and campaign paraphernalia after the election season.

The election officer believes that winning candidates should take the lead in cleaning the city after the elections.

Re-elected Mayor Michael Rama said he has already formed a task force to respond to the request of the Comelec so that the city will be restored to its pre-election scenery.

“I have made the directive to the city administrator to set a task force to conduct a clean-up drive. I want the garbage focused and this time, everyone should help, fraternity, business owners, establishments,” said Rama.

The mayor promised to lead the clean-up himself along with his Barug PDP Laban party mates, especially those who won.

“I will take the initiative even joining the clean-up day. I have my group, I will give them right away from my own campaign group, go out and clean,” said Rama.

Even losing Barug candidates will be asked to join because Rama said their party does not consider losing in the election as the end to their public service.

On the other hand, the city’s Department of Public Services (DPS) is not waiting for the massive clean-up drive.

Lawyer John Jigo Dacua said they began collecting garbage on Monday, totaling 4.4 tons from the voting centers all around the city.

The department has also begun taking down campaign materials immediately after the elections ended.

Read Next
Davide gets another term as vice governor in Cebu