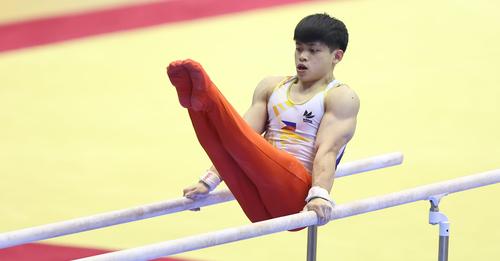 Happy days are here again for Filipino medal performers as the Philippine Olympic Committee (POC) and the Philippine Sports Commission (PSC) are set to hand out their cash bonuses for a commendable output in the recent 31st Southeast Asian (SEA) Games in Hanoi, Vietnam.

POC president Abraham “Bambol’’ Tolentino will honor the medalists on top of announcing the release of their financial rewards from the local Olympic body during its General Assembly on Monday at the Knights Templar Hotel in Tagaytay City.

PSC Chair William Ramirez, meanwhile, said formal notices were sent to various national sports associations (NSAs) whose athletes stepped onto the podium during the Games to grace the courtesy call in Malacañang on Tuesday.

For the third and last time, President Duterte will personally honor the athletes and coaches who contributed to Team Philippines’ finest finish in the SEA Games outside of the country in almost four decades while distributing the cash incentives from the government worth over P40 million.

Carlos Yulo, the gymnastics ace, stands to go home the wealthiest in this group after five gold medals and a silver.

“Tops on the agenda is honoring our Filipino athletes who competed strongly in the Vietnam SEA Games. The country may have relinquished the overall championship, but our athletes were a ‘fighting team’ in Vietnam,’’ said Tolentino.

Team Philippines placed fourth overall with 52 gold, 70 silver and 105 bronze medals in the 11-nation meet. It was the best finish by the nation when not hosting the Games or since winding up second in the 1983 SEA Games in Singapore.

The PSC will be shelling out the cash bonuses as provided for by the law under Republic Act No. 10699, otherwise known as the National Athletes and Coaches Incentives and Benefits Act, which rewards an athlete P300,000 for every individual gold medal won while a silver and bronze are worth P150,000 and P60,000 each.

Apart from these financial rewards from the government and the POC, it is no secret that Mr. Duterte, by tradition, gives out a separate cash bonus for medal-winning athletes from the Office of the President.

“I congratulate our athletes for a job well done. It was a good finish. These incentives inspire our athletes to work harder and perform well in international competitions,’’ said Ramirez.

“We’re hopeful that when the 32nd SEA Games are hosted by Cambodia in May 2023, our athletes will remain in gold medal form,’’ added Tolentino.

Read Next
Man, whose face was wrapped in duct tape and shot in the head, still unidentified