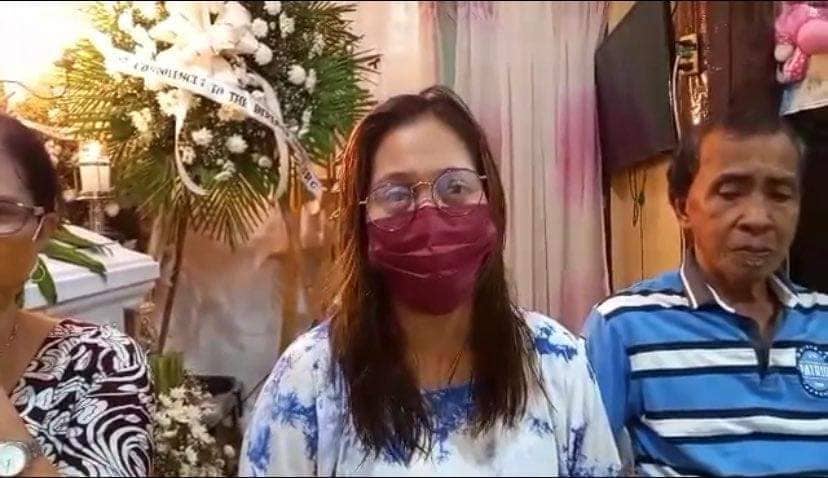 Aime Corilla (center), wife of the late Stephen Corilla, recounts how she was informed of her husband’s death in an interview on Thursday, June 9. | Mary Rose Sagarino

MANDAUE CITY, Philippines — The family of the worker, who died on duty on June 2 while cleaning a pulverizer machine of Universal Robina Corp. (URC) in Barangay Tabok, Mandaue City, has already filed a complaint at the National Bureau of Investigation Cebu District Office (NBI-CEBDO).

This was according to Agent-in-charge Arnel Pura of the NBI-CEBDO.

Pura said Aime Corilla — the wife of Stephen Corilla, who is the worker who died in a factory in Barangay Tabok — had filed the complaint at their office.

Pura said they would be looking if the incident, which claimed the life of Stephen was intentional or not.

Pura said if the death was intentional it would fall as murder or homicide, but if it is unintentional, it would fall under negligence on the part of either the victim, employer, or supervisor.

He said they would be coordinating with the Department of Labor and Employment in Central Visayas (DOLE-7) which had also initiated an investigation of the Labor Standard regarding the safety measures of URC.

Pura added that they would also coordinate with the company to get access to the area of the incident and conduct interviews with possible witnesses.

Meanwhile, Aime confirmed that the agency had reached out to them and sent assistance such as foods that were products of the company like coffee among others.

The agency has also already given the salary of her husband, and she claimed that it were all given after the hearing called by DOLE.

Even with the assistance, she said they would continue to seek justice for her husband’s death.

She said they want answers to all of their questions such as why was her husband cleaning the pulverizing machine when he was assigned in the packaging area?, who asked him to clean the machine?, and why were they informed late?, among others. Stephen was hired just two weeks when the incident happened.