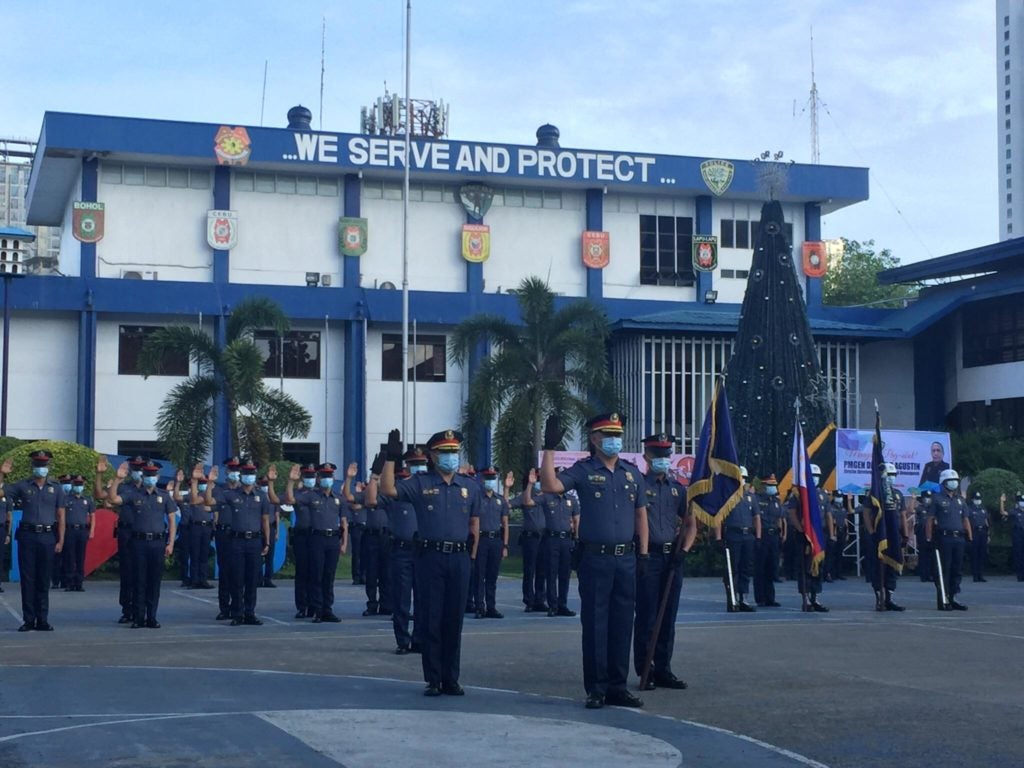 CEBU CITY, Philippines — The top official of the Police Regional Office in Central Visayas clarified that police would follow the directives of the Department of Interior and Local Government (DILG) concerning the health protocols, particularly on the use of face masks.

Police Brigadier General Eduardo Roque Vega, PRO-7 director, said that they would follow the directives of the DILG on apprehending those individuals who would not wear face masks when outside Cebu province.

Vega made this statement following the contradicting statements of the PRO-7 and the Cebu Provincial Police Office (CPPO).

It can be recalled that last June 10, 2022, Police Colonel Engelbert Soriano, CPPO director, released a statement stating that the provincial police would follow the executive order of Cebu Governor Gwendolyn Garcia, that they would not apprehend those who would not wear face masks. 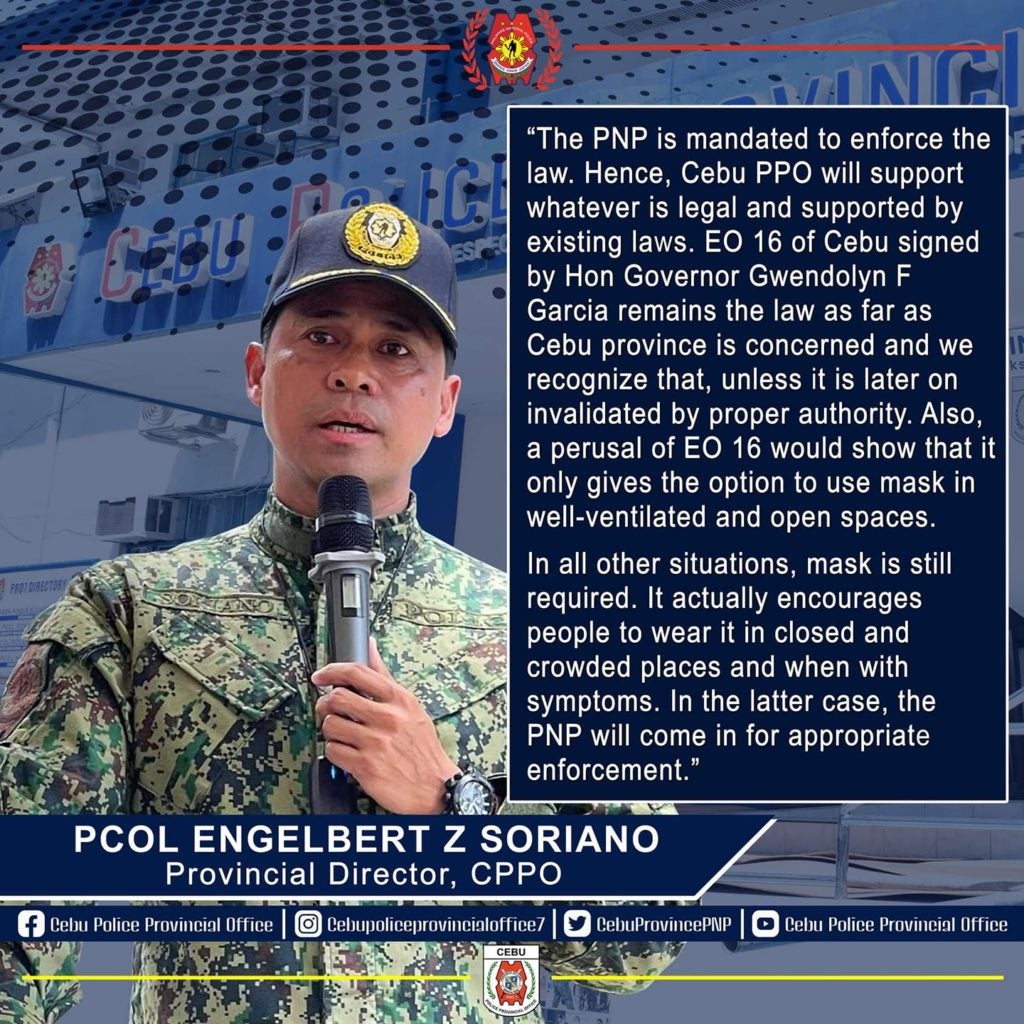 But, Vega further clarified that he already spoke with Soriano and that the provincial police would follow and implement the directives of the DILG regarding the mandatory wearing of masks even in outdoor areas and whoever would not adhere to this would be apprehended.

Vega further said that the CPPO was under the PRO-7 and that they would follow the chain of command of the DILG.

On June 11, Vega also released a statement on this issue. 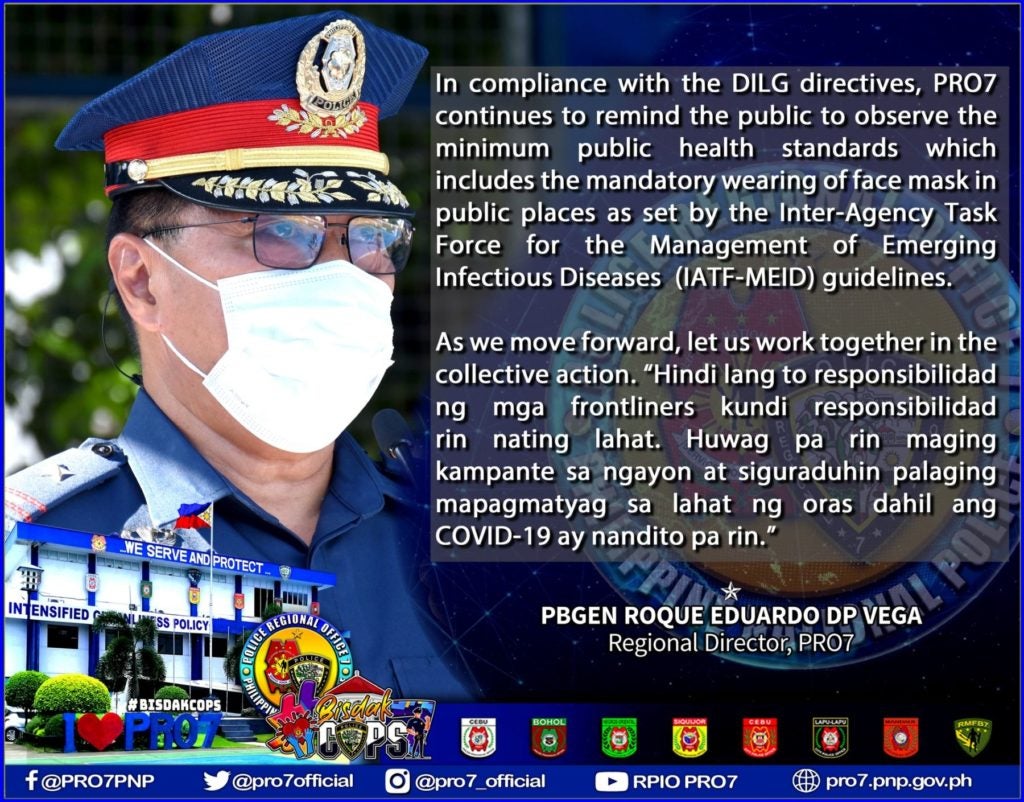 Over this, Vega reminds all the city and provincial directors in Central Visayas that they will follow mandates from their higher headquarters.

Earlier, Police Lieutenant General Vicente Danao Jr., officer-in-charge of the Philippine National Police (PNP) or the acting PNP chief, told police officers and officials who would refuse to follow the national government’s COVID-19 protocols on the use of face masks should resign.

Read Next
Career choices from The SM Store