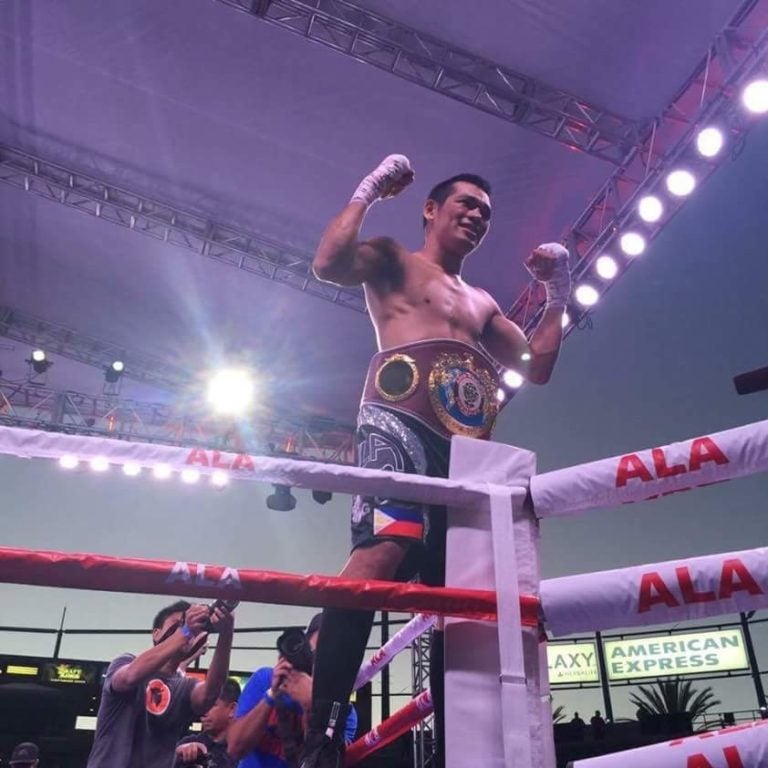 While most Filipino boxing fans are busy lamenting the recent loss of four-division world champion Nonito Donaire Jr. against Naoya Inoue last June 7, Villanueva flexed his winning form with a 10-round knockout of Sangtong.

The 33-year-old Villanueva who fights under Highland Boxing Stable and a former ALA Boxing Gym stalwart forced Sangtong on the defensive with accurate combinations.

He stopped the Thai slugger with a right uppercut. Sangtong fell to his knees and failed to beat the referee’s count.

With the knockout victory, Villanueva has effectively revitalized his boxing career, roughly two years after considering retirement in 2020 due to various reasons.

Villanueva of Bago City, Negros Occidental improved his record to 34 wins with 19 knockouts along with four defeats and a draw.

Sangtong suffered his fourth defeat with 11 wins and 11 knockouts.

In 2021, Villanueva opened another chapter of his boxing career while ending his two-year hiatus in the undercard of Omega Pro Sports International’s Kumbati fight card. He won by unanimous decision against Bryan Tamayo under a new promoter and trainer.

Villanueva fought twice for the world title and fell short in both.

He lost in his first world title shot via technical decision against McJoe Arroyo for the IBF world super flyweight title in El Paso, Texas in 2015.

He also came up short in his second world title bout when he was stopped in the sixth round by erstwhile WBC world bantamweight champion Nordine Oubaali in Nur Sultan, Kazakhstan.

His defeat to Oubaali forced Villanueva to take a break from boxing while contemplating retirement.     /rcg