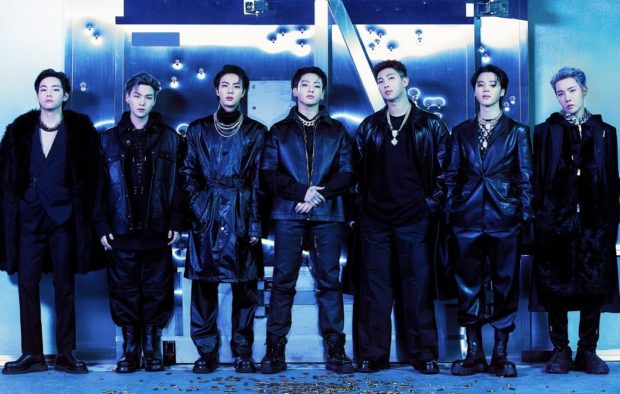 MANILA, Philippines — K-pop supergroup BTS has announced an unexpected pause in their career as a group during their annual celebration with fans, ARMYs, as the band celebrated their 9th anniversary.

At the “Festa Dinner with BTS” on Tuesday, group leader RM opens up about feeling lost in the band’s overall identity and in what kind of story he should tell the ARMYs.

“For me, it was a big deal that I didn’t know what we’re going to do as a group from now on. I don’t know what kind of direction our group has to take,” RM said.

“[R]ight now, we’ve lost our direction and I just want to take some time to think and then return but that just feels rude to our fans,” he added..

He also said the idol lifestyle does not give one “time to mature,” but instead, “keeps you in a cycle where you keep producing music, leaving no room for growth.”

Jimin, for his part, said the group as a whole is going through “a rough patch” as they try to find their identity as individual artists and how they want to be remembered by their fans.

Meanwhile, Suga, one of the group’s producers, songwriter, and main rapper, admitted that writing lyrics for the BTS has already become “one of the hardest things” to do.

“I have to talk about something that I really feel but right now, I’m just squeezing it out to satisfy people’s wants […] it’s so painful,” Suga revealed.

The members disclosed they will focus on their solo ventures for the time being.

The Korean septet just celebrated their 9th anniversary on June 13, and has just dropped their anthology album called “Proof” in celebration of being together for nine years.

The group, which consists of members RM, Jin, Suga, J-Hope, Jimin, V, and Jungkook, is known for their hit songs such as “Butter,” “Dynamite,” “Mic Drop,” “DNA,” and “Fake Love” to name a few. They debuted in 2013 under the record label BigHit but are now known as HYBE.