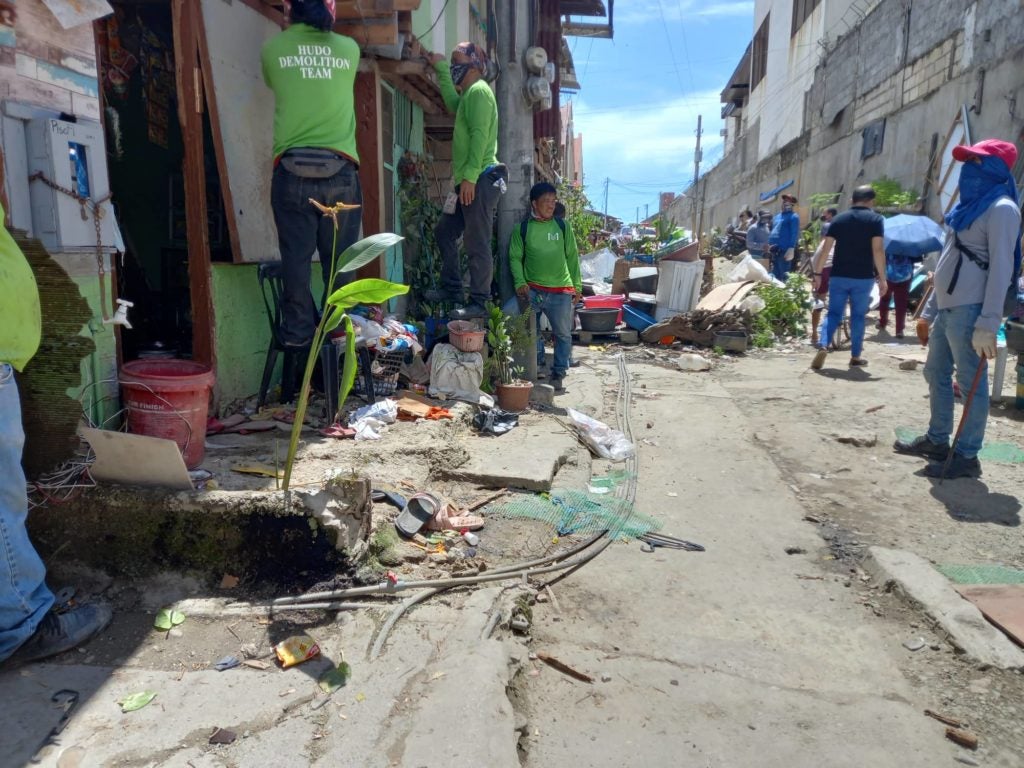 Personnel of the Housing, Urban and Development Office or HUDO remove the extensions of five houses encroaching the road as part of the city’s road widening and drainage projects. | Mary Rose Sagarino

MANDAUE CITY, Philippines — Personnel of the Housing Urban and Development Office (HUDO) have conducted clearing operations in a lot in Barangay Subangdaku that is occupied by members of the Malibu-Matimco Village Home Owners Association Inc. (MMVHAI).

HUDO personnel were tasked to remove structures that encroached on nearby roads in preparation for road widening and drainage projects that would be implemented by the City Engineering Office.

At least five houses were affected. Although, only the extensions of their homes were cleared by HUDO.

Cesar Ylanan, head of the HUDO demolition team, said residents especially those affected were already given a notice way before.

Ylanan said the equipment could not pass through because it would hit the extensions.

Teresita Gipgano, who is one of the affected was a bit sad but she said she could not do anything about it.

(At first, they only said that it was only a bit that would be taken but they leveled it to the house. A large part was taken, but we cannot do anything about it because that is what the association [and city government].)

Divine Claro, a resident, said they hoped that the drainage would be constructed first as they had been suffering from the stagnant water in front of their houses.

(The drainage will always be the first to be done before we cover it (road with soil).)

Ylanan said the lot occupied by the association will be the first phase of the city’s road widening and drainage projects there.

Mandaue to talk with residents affected by flood-control project