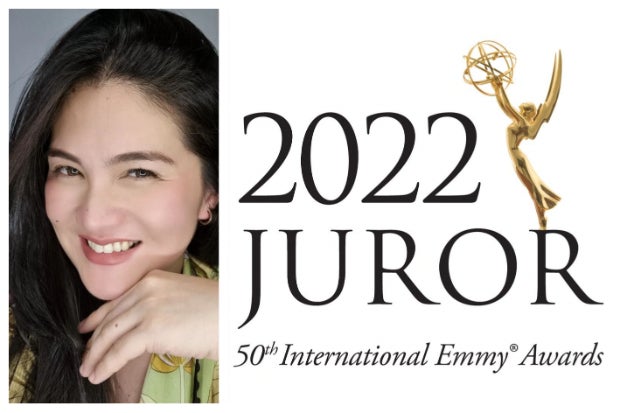 Actress Dimples Romana is simply elated over her selection as one of the jurors for the 50th International Emmy Awards this November.

“Starting this amazing week with a heart full of gratitude as I share with you one of the many surprise blessings I received these past months!” she said via her Instagram page today, June 20. “And now finally I can officially share my joy with you.”

Romana is beyond grateful for her participation in the said award-giving body.

“So honored and grateful to have been able to participate as a JUROR for this year’s prestigious @iemmys International Emmy Awards Competition I’m super kilig (giddy)” she added.

Romana could not be thankful enough for the opportunity that will afford her to select the best TV shows around the world.

“I thank the International Academy of Television Arts & Sciences for letting me have this once in a lifetime experience that has truly inspired my thespian heart,” Romana said. “Contributing in selecting the BEST TELEVISION programming from around the WORLD was both my honor and pleasure.”

Calling her inclusion in the awards night as a “blessings upon blessings,” Romana added that she “can’t wait to join in on the festivities in New York City come November.”

Romana has appeared in numerous hit TV series through the years, including “Kadenang Ginto,” “Huwag Kang Mangamba” and “Viral Scandal.”