Visayan Electric, together with Aboitiz Foundation Inc. aims to help revive the livelihood of vegetable farmers in Barangay Adlaon, Cebu City through the KINDer program.

The Cobcawa Multipurpose Cooperative, an organization of farmers in the upland area of Sitio Cobcawa in Adlaon, Cebu City was granted a total of 200,000 worth of farm inputs to revitalize its vegetable production. 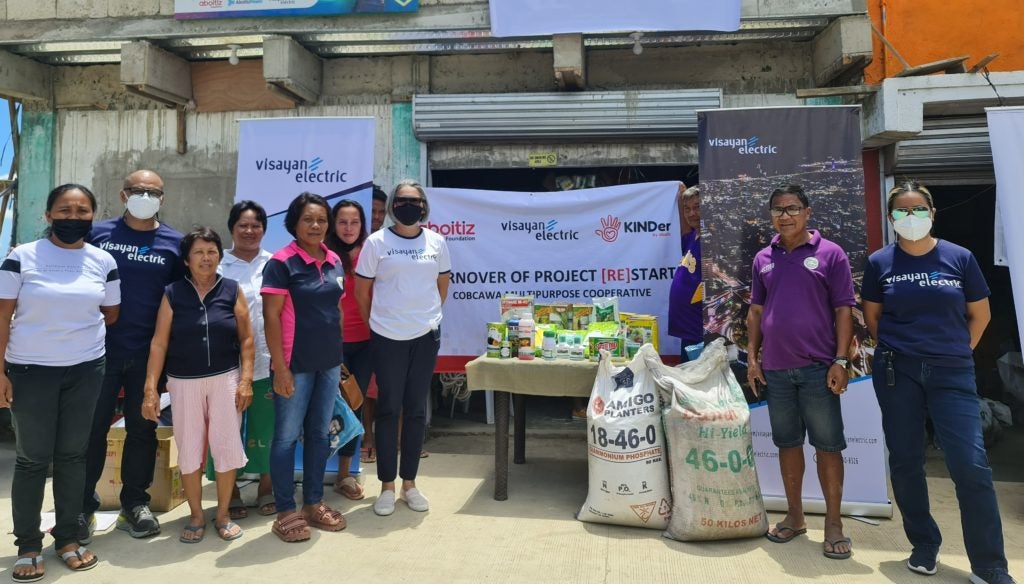 Members of Cobcawa Multipurpose Cooperative mostly rely on growing various kinds of vegetables such as eggplants, bitter gourd, tomatoes, pechay, and other crops. However, the flow of their farm products to urban markets was greatly affected by the COVID-19 lockdowns. Since they are located in the upland areas in Cebu City, it was hard to reach them and this caused the Cobcawa farmers’ little income and limited access to buyers. Although there were some buyers who were able to reach them, their produce was bought at very low prices.

The 120 farmer-member cooperative received farm inputs such as seedlings, insecticides and fertilizers, among others. The goal of the campaign was to revive vegetable farms and recover livelihoods of Sitio Cobcawa-based farmers by helping them raise funds.

With the easing of community quarantines in the city, the Cobcawa farmers wanted to take advantage of the opening of markets by ensuring they had enough produce. Visayan Electric and Aboitiz Foundation also took this opportunity to help the cooperative, being one of their beneficiaries for other projects in the past.

“Cooperatives play a critical role in the development of the Philippine economy. They contribute to poverty reduction by empowering communities. Together with Visayan Electric, Aboitiz Foundation will accelerate efforts and resources in supporting cooperatives and co-create communities that are resilient, empowered, and sustainable,” said Aboitiz Foundation President and COO Maribeth Marasigan.

The 120 farmer-member cooperative received farm inputs such as seedlings, insecticides and fertilizers, among others. The goal of the campaign was to revive vegetable farms and recover livelihoods of Sitio Cobcawa-based farmers by helping them raise funds. These funds will be used to expand planting sites and to provide training on new technologies in farming, as well as to link them to buyers.

Visayan Electric, through the Aboitiz Foundation, is helping cooperatives in its franchise area keep up with the demands of the times to ensure the sustainability of these organizations and to help in the livelihood of its members.