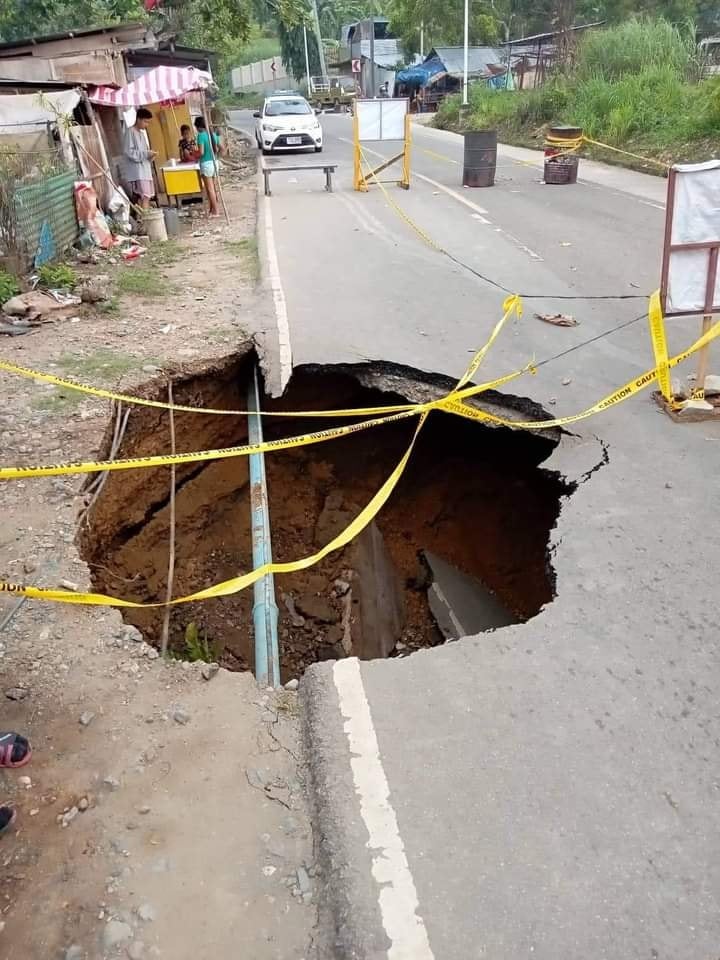 This portion of the road at Sitio Absa, Barangay DAS in Toledo City is temporarily unpassable as of June 25, 2022 due to a collapsed road. | Photos courtesy of DPWH-7

This is to avoid accidents after a portion of the road in the area collapsed, according to the DPWH-7.

The same announcement was also shared by the City of Talisay Traffic Operations and Development Authority (CT-TODA) in its official Facebook page on Saturday, as it advised its members to be alert for possible diversion of traffic in Barangay Manipis, Talisay City.

(The members of the CT-TODA have already been alerted for a possible diversion of vehicles heading to Barangay Manipis. We call on the motorists to be vigilant and to be always alert on the road heading to Manipis.)

As of this writing, the authorities have already cordoned off the affected portion of the road.