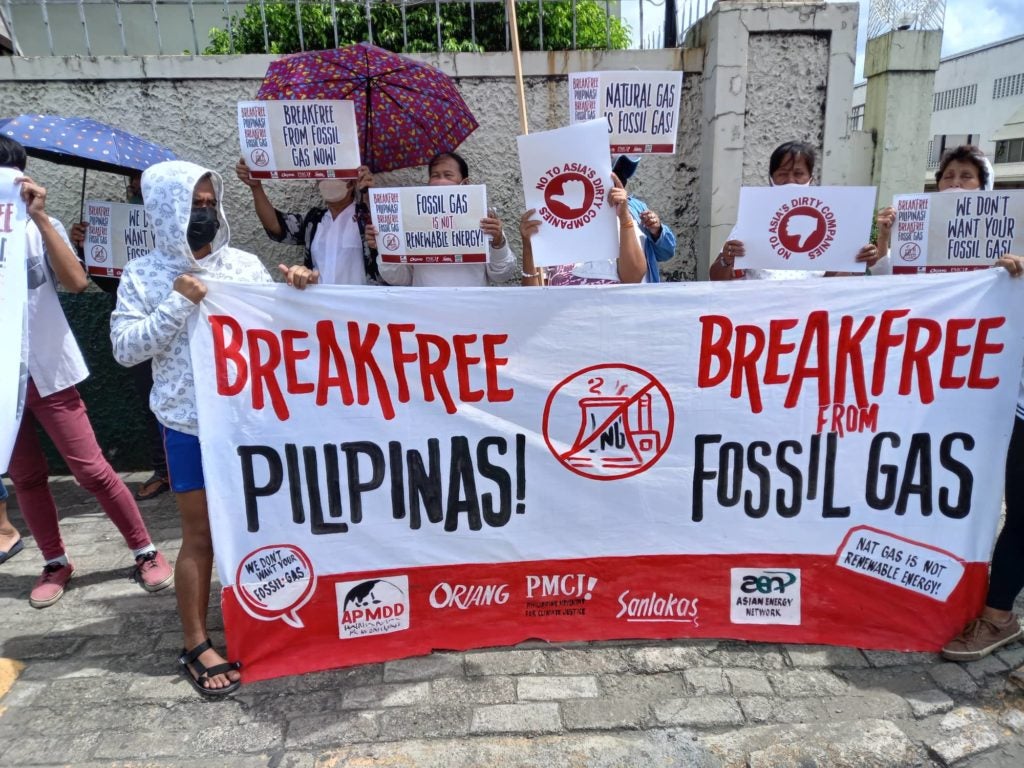 MANDAUE CITY, Philippines — Representatives of local communities and climate warriors held a protest rally against San Miguel Corporation in front of its compound located along the National Highway here, on Monday morning, June 28, 2022.

The group is calling on SMC to suspend its plan of putting up fossil fuel power plants in Lapu-Lapu City in Cebu, Tabango in Leyte, and San Carlos City in Negros Occidental.

SMC is said to be eyeing the establishment of 1.5 GW (1,500 MW) of Liquefied Natural Gas (LNG) power plants in the Visayas which is part of the 13.042 GW (6 projects) that it plans to build in the entire country.

Of the 1,500 megawatts, 600 of it is planned to be established in Lapu-Lapu City, another 600 MW in Tabango in Leyte, and 300 MW in San Carlos City in Negros Occidental.

LNG is a fossil gas in liquid form, another type of fossil fuel that emits methane, which is another greenhouse gas that has a warming effect of up to 80 or 90 times more powerful than carbon dioxide over a 20-year timescale.

Estela Vasquez, the Visayas Area Coordinator of the Philippine Movement for Climate Justice, said the plants would damage not just the country’s climate but the whole planet.

Vasquez said that there are other sources of energy that could be used such as solar, wind, and other renewable energy sources.

A local alliance opposed to the SMC LNG project in Lapu-Lapu City was also formed on Monday afternoon, with support from different sectors in the tri-cities.

The alliance initially called Break Free from Fossil Gas, will initiate talks with different stakeholders, including Lapu-Lapu City Mayor Junard “Ahong” Chan who earlier declared his support for the project but expressed that he is not opposed to canceling it “if the project will harm the public and the environment.”      /rcg

For the Greater Good: Parkmall and Pagtambayayong Foundation Announces Partnership for Environmental Advocacy and Climate Change