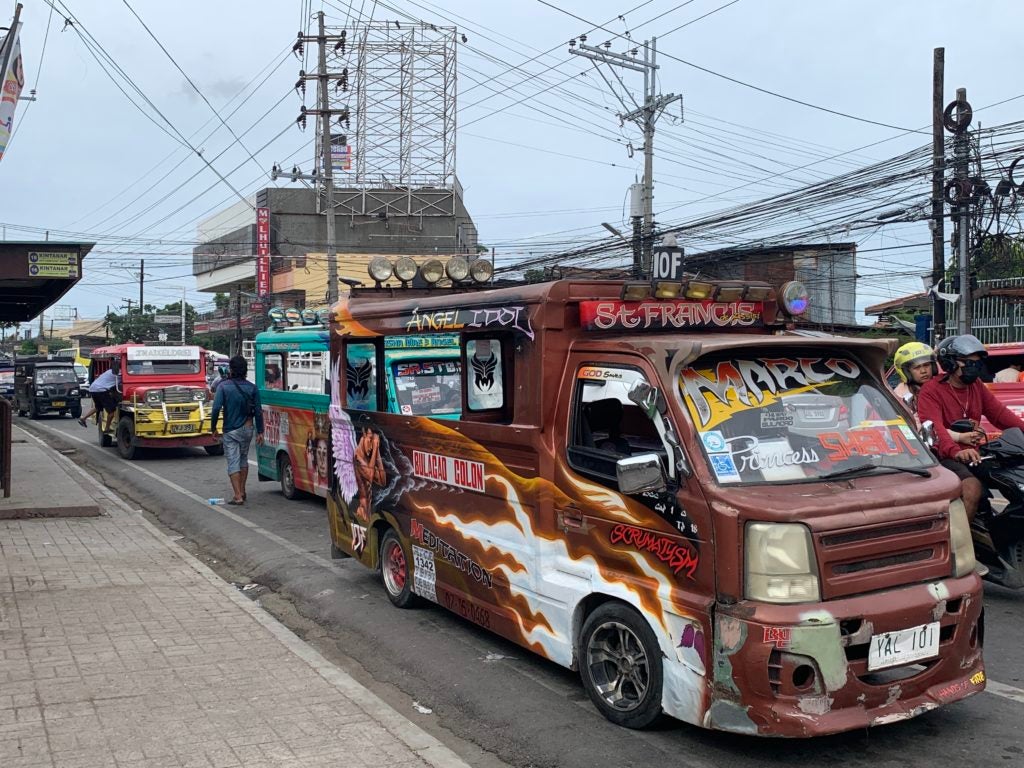 CEBU CITY, Philippines – The Land Transportation Franchising and Regulatory Board (LTFRB) has approved a P2 increase in all Public Utility Vehicles (PUVs) nationwide as means to mitigate the impact of rising fuel costs.

However, for PUV drivers here in Cebu, the fare hike is still not enough to help them get through the day.

For drivers like Albert Bercoso and Enrique Pajarillo, they can barely bring home as much as P300 to P500 in a day to help their own families.

Both drivers, plying long routes such as 10F (Bulacao to Colon Street) and 10H (Bulacao to NRA), need to earn at least P2,000 daily in order to cover fuel costs.

When the national government imposed a P2-fare hike, they lamented that it is still not enough to offset the impact of consecutive oil price hikes.

(P2 is not enough. But we can’t do anything about it because it’s LTFRB’s call. But for us drivers, it’s really not enough, especially for those with children.)

The new PUV fare took effect last July 1. This meant that traditional jeeps (PUJs) can ask for P11 as the minimum fare while P13 for modern and air-conditioned jeeps.

Bercoso, a resident of Barangay Pardo, Cebu City, has been a PUV driver for two decades. He and his wife, a hairdresser, work to help their five children.

Before, Bercoso would only spend as much as P800 a day to power his vehicle with diesel fuel, enabling him to bring home at least P1,000 to the family.

Now, with the continuous increase in fuel costs, he and his conductor could barely scrape as much as P300 as their take-home pay.

Pajarillo, a driver for a PUV, also shares the same sentiments with Bercoso.

Like Bercoso, much of Pajarillo’s earnings go to gasoline stations.

Pajarillo, a resident of Talisay City which borders Cebu City in the south, has three children. His wife helps him as his conductor in their family-owned jeepney.

For Bercoso and Pajarillo, a minimum fare ranging between P13 to P15 for traditional public utility jeepneys (PUJs), would be sufficient to help them cope with the rising fuel prices.

However, both admitted that implementing such a fare would also hurt the riding public.

(We pity also the commuters. Their pay hasn’t increased and yet prices of essentials increased, even the fare. So what happens is they opt not to commute so they won’t spend much. So if there’s no passengers, it would also be tough on us drivers.)

Despite these hardships, Bercoso and Pajarillo are still behind the wheel, ferrying passengers to their destinations, and hoping that fuel prices will level off, and decrease, in the coming weeks.

Especially now that face-to-face classes will return, it would be okay to pull down the minimum fare if fuel prices decrease. We pity the students, especially students who are children of drivers.)

In the meantime, the drivers have made some adjustments in their daily operations if it meant slightly reducing their expenses on fuel.

These included increasing their daily trips from eight to 10, and saving their fuel for rush hour trips only.