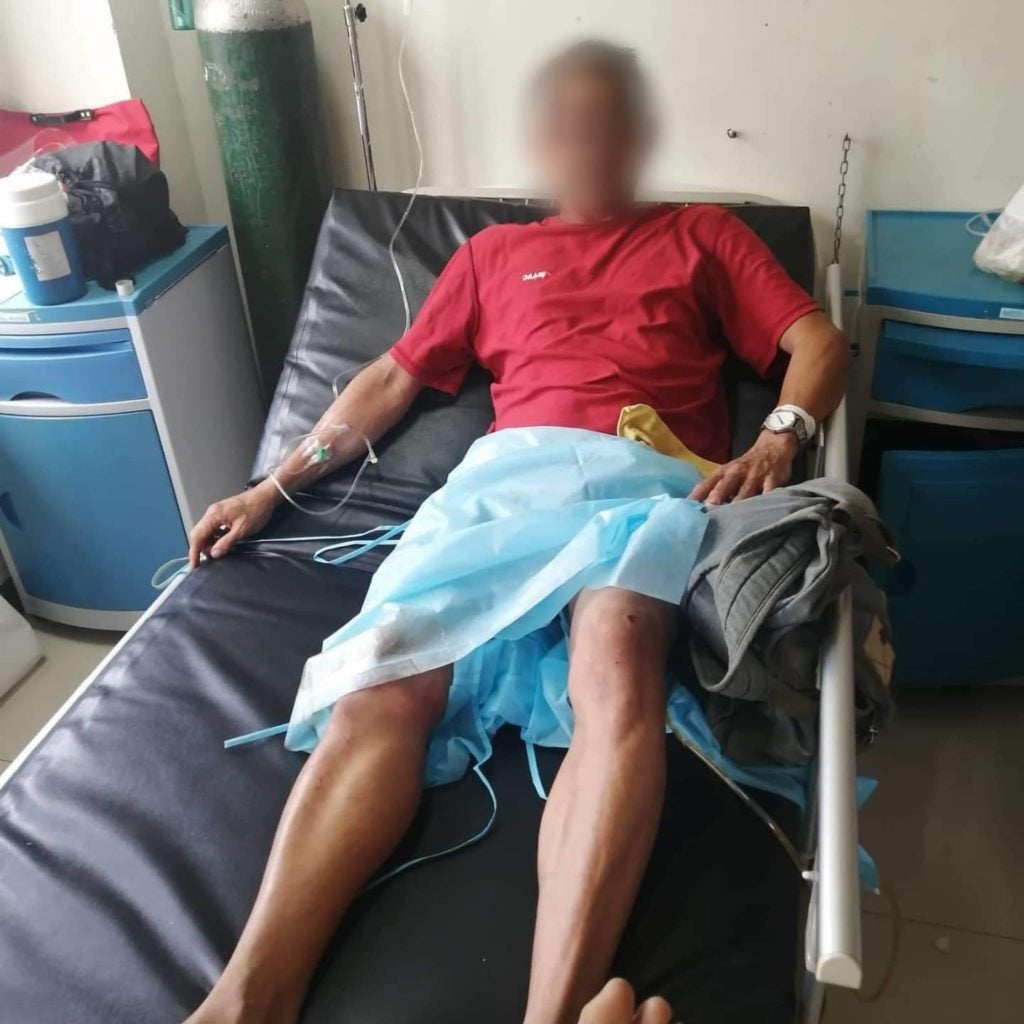 Police Lieutenant Colonel Randy Caballes, chief of Talisay City Police Station, said that they continued to locate the whereabouts of the suspect, who shot the victim, Jose Ronaldo Coronel, a resident of Barangay Lagtang, and the suspect’s cohort.

In the latest information tha they had gathered, Caballes said that the suspects had already left Talisay City.

He said that they had yet to file a formal complaint of frustrated murder against the suspect and his cohort, who remained at-large as of this posting.

Caballes added that Coronel personally identified the shooter as he saw the latter allegedly shot him.

Coronel was shot on the back portion of his thigh while he was walking and heading home in Sitio Luna.

The victim said that he noticed two men following him.

He told police that while keeping his pace, he heard a sort of squeezing of the trigger of a firearm from his back.

When he heard it, he turned to look back and saw the gunman with his cohort pointing an unknown caliber of firearm towards his direction.

LOOK: Man cheats attempt on his life in Talisay City

The victim ran to escape, but he was hit in the back portion of his thigh, which unfortunately exited to his private part. Despite being wounded, he jumped at a dike and quickly hid at his friend’s house.

His friend sought assistance from the barangay village watchers and brought the victim to a hospital. The wife of the victim, Ermelinda, went to the police station to report the incident.

As of this posting, the victim was already discharged from the hospital but he was still recuperating from the wounds he sustained.

Despite the victim identifying the suspects, the former still did not know why he was shot.

He said he could not recall having any altercation against the suspects.

(We do not have any motive because we found out that the victim had no altercation with the suspect … it is possible that he was a case of mistaken identity because he identified the suspect. He really knew the suspect. He could not also remember any argument with the latter.)

Caballes refused to disclose the identity of the suspect because of the ongoing operation against the latter. The police chief, however, said that the suspect had no record of causing trouble in the barangay.