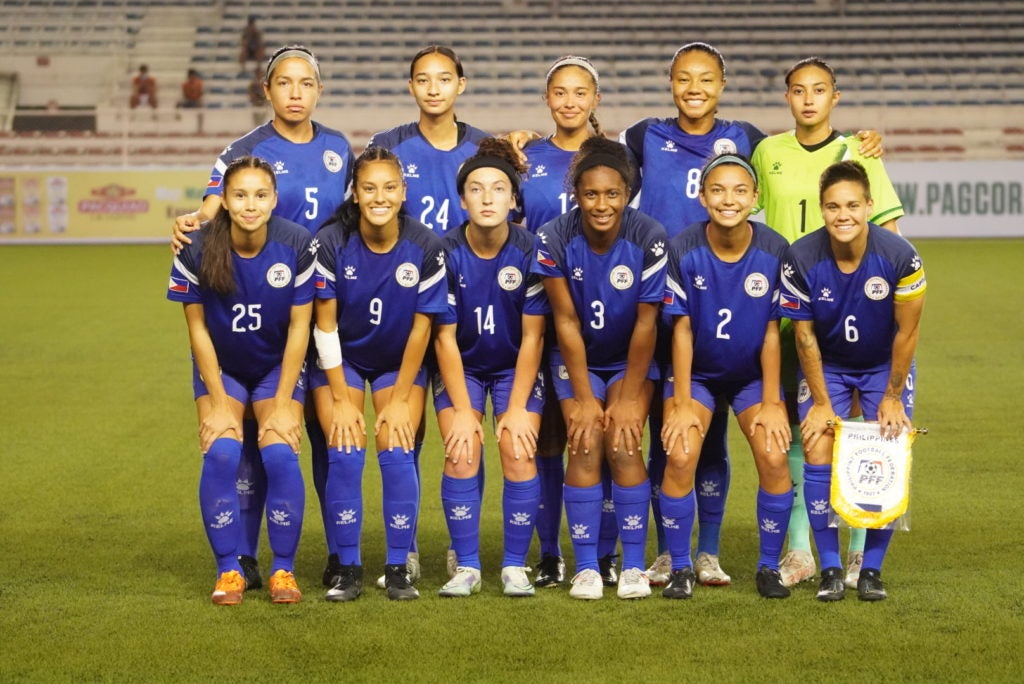 The Filipinas or the Philippine Women’s National Football Team (PWNFT) are on top of Group A of the AFF Women’s Championship in Manila after routing Singapore women booters on Wednesday, July 6. | Photo from PFF

With the victory, the Filipinas now have six points to grab the solo lead in Group A after opening their campaign last Monday with a stunning upset against Australia.

Thailand is at the No. 2 spot with four points followed by Malaysia with two, and Australia with one point.

Tahnai Annis led the Filipinas with her brace after scoring at the 10th and 19 minutes.

Isabella Flanigan initiated the scoring spree with her ninth-minute goal. Flanigan chased down the loose ball and flicked it perfectly above the goalkeeper’s outstretched arms.

Annis then handed the next two goals from an own goal of Singapore’s defender who accidentally kicked the ball inside their goal in the 10th minute. Annis made it, 3-0, from her header in the 19th minute.

Sarina Bolden made it, 4-0, in the 38th minute through a header coming from a perfect pass from Annis on the right-wing.

The Filipinas opened the second half with an early goal courtesy of Sara Eggesvik at the 47th minute, followed by another goal from Kaya Hawkinson at the 56th minute.

The Filipinas will take on Malaysia tomorrow, at 7 PM at the same venue.

In the other match, Thailand and Australia ended their match with a, 2-2, draw.