SHAABAA to return with a bang: ‘It’s going to be the grandest season ever’ 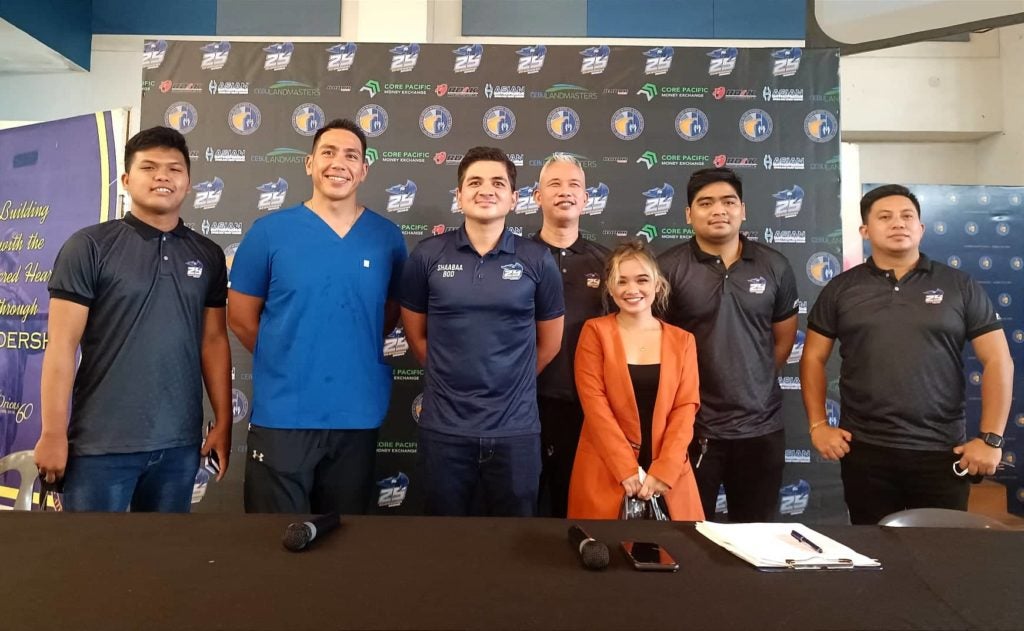 SHAABAA chairman of the board Afshin Ghassemi (third from left) and SHAABAA commissioner Jonathan Saso (second from right) together during Sunday’s media day of the 25th SHAABAA season. They’re joined by fellow organizers and officials of the league. | Photo by Glendale Rosal

The basketball tournament featuring the Magis Eagles’ former varsity players and avid hoopers will start on July 30, 2022 via a grand opening ceremony at the Magis Eagles Arena inside the SHS-Ateneo de Cebu campus in Barangay Canduman, Mandaue City.

“It’s very special in the sense that it is our 25th year. It’s our jubilee year. It’s the grandest Shaabaa season ever,” said SHAABAA chairman of the board Afshin Ghassemi during the media day last Sunday, July 17.

Ghassemi also gave some updates regarding innovations expected this season.

Among the announcements he shared was the availability of its own mobile app, league pass subscription, and live streaming.

A total of 27 teams, nine in each of the three divisions, will be seeing action in the tournament that will run until October.

Each division comprises different batches. Division A encompasses the jubilarian batches from 1990 to 2002, Division B will have batches 2003 to 2011, and Division C will have the present batches to 2012.

According to Ghassemi, the mobile app is designed after the NBA app. It is a one-stop-shop for SHAABAA alumni to check player profiles, team standings, latest updates, live streaming, and team info.

“The app can let Shaabaa alumnis to check player profiles, standings, and other record. and so many other functions exactly like the NBA pass. There’s also a league pass for non-alumni basketball fans that want to watch our games and check different details of the league,” said Ghassemi.

In addition, they also have sports surgeons and physical therapists from Asian Orthopedics headed by Dr. Pierre Mella to oversee the teams and players’ health and wellness.

“We have doctors on board, three commissioners, three referees, and then of course, we have better video live streaming quality this time, we have MRB entertainment,” added Ghassemi.

Like all sports events affected by the Covid-19 pandemic, the SHAABAA league was halted for more than two years, that is why they’re very excited to return.

“It’s a testament that this will be our biggest participation so far. We’re having the most teams with 27 teams. That’s a testament of how excited people are that finally to be allowed to play. We’re pushed this season to do our best despite all the obstacles. We have given the go signal to finally be able to come back with a bang,” Ghassemi said.