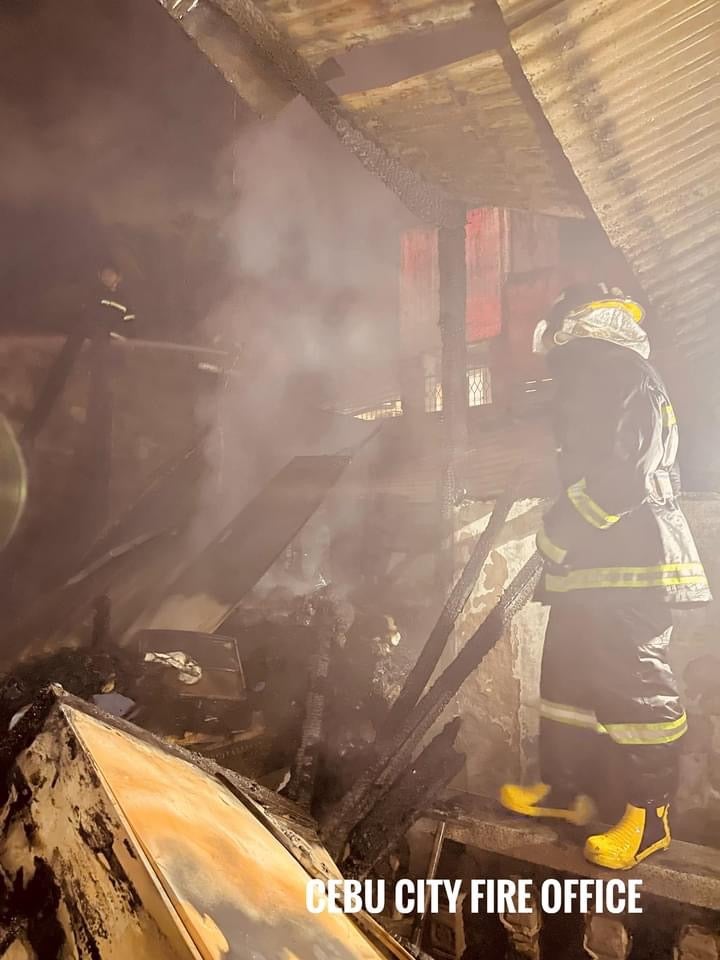 Senior Fire Officer (SFO1) Riza Julve of the Cebu City Fire Office, in her report, said that the fire originated from the house of a certain Emily Evasco. This happened around 1:28 a.m.

Julve added that they continue to investigate the incident to find out what started the fire that totally burned one house and affected another one. Accordingly, these two houses housed three families composed of a total of 12 individuals.

Fortunately, no one died or was injured in the fire.

Julve added that this fire affected a 120-square meter area. They estimated its damage at P180,000.

After receiving the fire alarm at 1:28 a.m., fire responders arrived in the area at 1:36 a.m. and immediately raised it to first alarm.