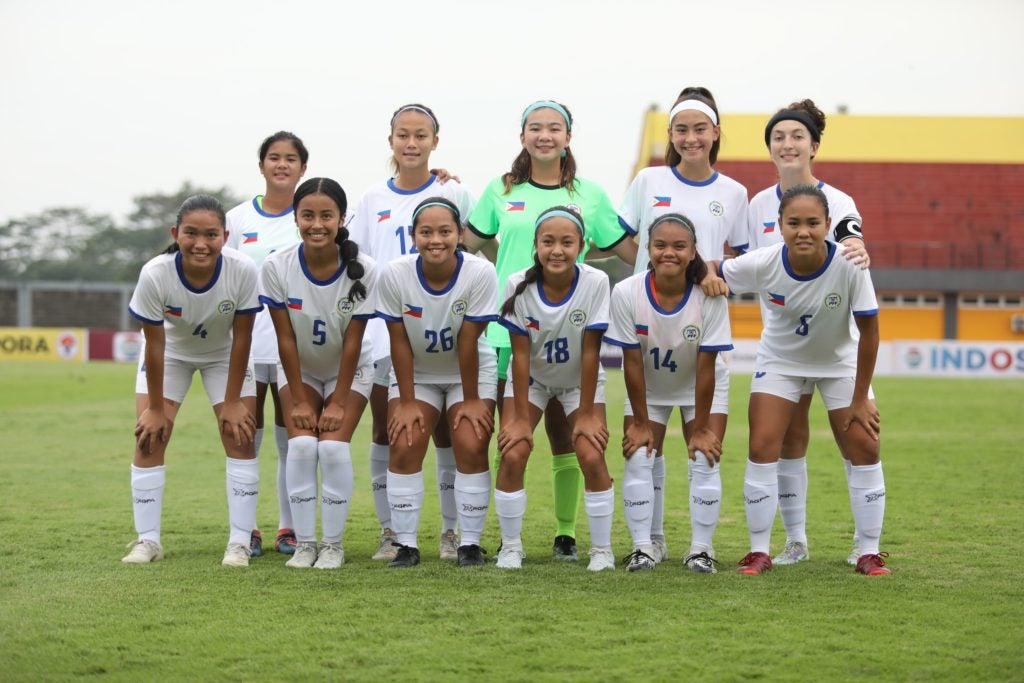 The Philippine U18 women’s national football team. | Photo from the PFF Official Website.

CEBU CITY, Philippines — The Philippines Women’s Under-18 football team was officially booted out from the AFF U18 Women’s Championship 2022 losing to Myanmar, 1-3, on Wednesday, July 27, at the Jakabaring Athletic Field in Palembang, Indonesia.

The Pinay booters who lost to Australia in their opening match on Monday, 0-4, missed a chance to qualify for the knockout stage after earning their second straight loss in Group B.

Hnin Pwint Aye scored a brace or two goals for Myanmar, while Su Myat Noe had one.

Aye scored the first goal in the 33rd minute and four minutes later, Noe made it 2-0, by converting another goal in the 37th minute.

The Philippines retaliated with an 87th goal from Jonalyn Lucban, to cut the deficit to, 1-2 but the Burmese were never to b denied as Aye converted at the extra time (94th) minute to seal their dominant victory.

The Philippines played with 10 players on the field after Rae Tolentino was sent off late in the match.

Myanmar and Australia will advance to the knockout stage for their clean slates.

Myanmar earlier defeated Malaysia, 2-0 while the Australians dumped the Malaysians, 8-0, in the group stage.

The Philippines and Malaysia will play their last remaining group stage match tomorrow, Friday, July 29, 2022, at the Gelora Jakabaring football field with each gunning for a face-saving win.

Meanwhile, Myanmar and Malaysia will determine the final rankings of Group B as they face each other also on Friday in the first match at the same venue.

One player from Bohol, Elisha Flor Maio Lubiano also suited up for the team.   /rcg

Read Next
Dying in an earthquake: Experts say it’s not just the tremor