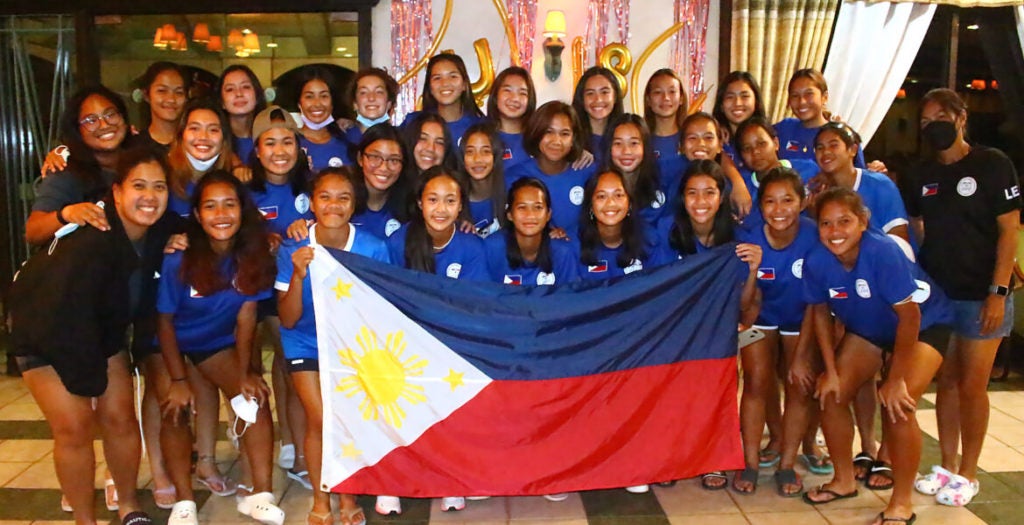 The Philippines U-18 women’s football team poses for a group photo. | Photo from the PFF website

Eight of the 27 players on the Philippines U18 team’s official roster are from the Central Visayas Football Association (CVFA).

The PFF U18 team has selected a total of seven Cebuanas and one Boholana footballer to don the country’s tri-colors.

These CVFA players are from various schools in Cebu and Bohol, such as Saint Theresa’s College (STC), Sacred Heart School-Ateneo de Cebu (SHS-AdC), University of Southern Philippines-Foundation (USP-F), and the University of Bohol.

The team will compete in Group B with Malaysia, Myanmar, and Australia. Group A comprises host country Indonesia along with Vietnam, Thailand, Cambodia, and Singapore.

The tournament venues will be the Gelora Jakabaring Stadium and the Jakabaring Athletic Field.