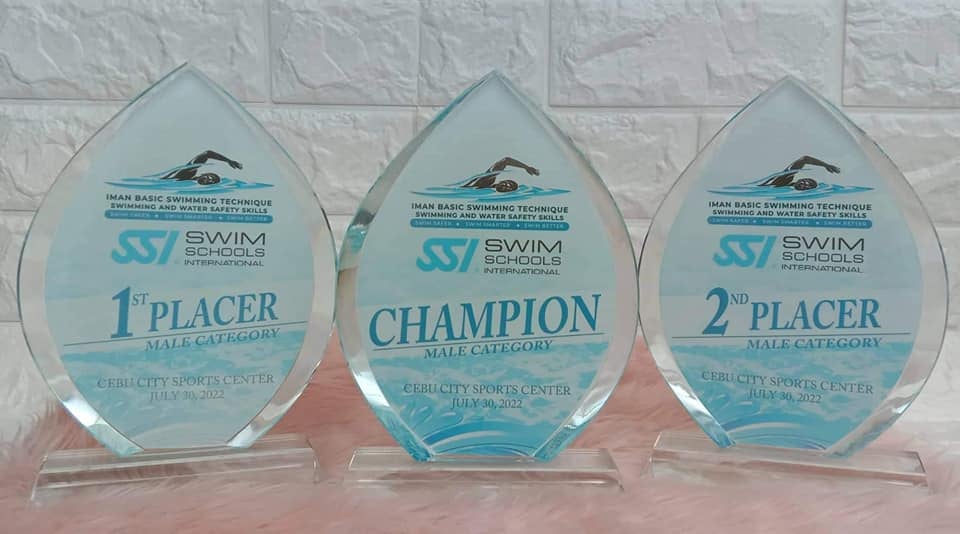 Shown in photo are the trophies to be given to the winning swimmers of the first IBST 1KM Distance Swim Challenge 2022. | Photo from Emmanuel Alferez.

CEBU CITY, Philippines — A total of 75 swimmers will test their mettle in the “IBST 1KM Distance Swim Challenge 2022,” on Saturday, July 30, 2022, at the Cebu City Sports Center (CCSC) pool.

The newly-formed group of aquatic educators aimed to widen awareness about safety swimming by organizing such a competition.

CCSC’s Olympic-sized swimming pool will be the venue of the 1-kilometer swim wherein competitors need to complete 10 loops in order to complete the race.

Alferez told CDN Digital that the 75 swimmers vying for supremacy are coming from Davao, Manila, and Cebu.

“Our registration was sold out and our team is ready for the swim this Saturday,” said Alferez.

“It will be an open swim category from slowest to the fastest swimmers. We will be releasing the female swimmers first. We also hired swimming officials to supervise the event.”

One of the contenders in the swimming competition is the reigning PJ Garcia Aquathlon Challenge 2022 overall champion, Albert De Guzman Godinez.

The champions in both male and female categories will take home P5,000 each, while the second and third placers get P3,000, and P2,000, respectively.

Trophies will also be given out to the winning swimmers.

“It’s an exciting event because we have visitors from Davao and Manila. There are also big teams in the triathlon community that will join,” said Alferez.

The event also serves as a tune-up race for triathletes vying in the August 7’s Megaworld Ironman 70.3 Philippines in Mactan Newtown, Lapu-Lapu City.

However, the main goal of the swimming competition is to raise awareness about water safety swimming, especially among the young.    /rcg