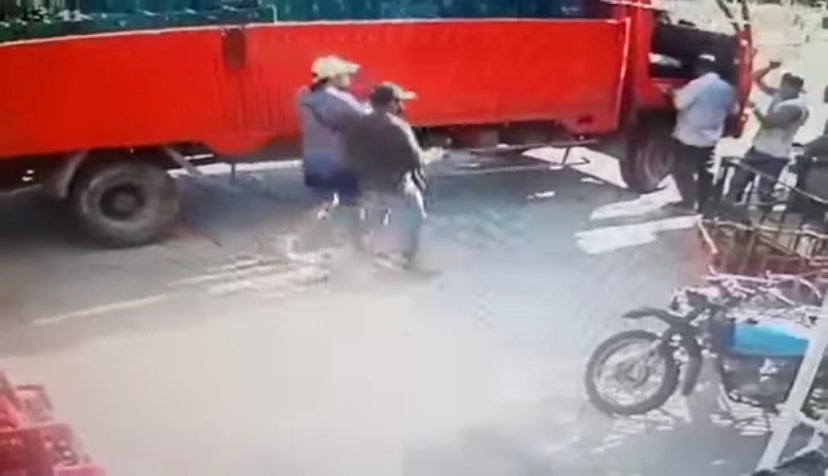 A screenshot of the security camera retrieved by the police of the robbery that transpired in Barangay Montaña, Baclayon Bohol on July 22, 2022. | BPPO

CEBU CITY, Philippines —Police in Central Visayas believe an organized group is behind the robberies in Bohol province.

Peralta said that they already have pieces of evidence, including copies of security cameras from the area, that they can work on in the hopes of catching the robbers. Aside from this, police have also identified possible suspects based on witnesses.

Meanwhile, according to the report from Alicia Bohol Police Station, Police Lieutenant William Orapa, the chief of police in the town, said that a person who was flagged down by policemen conducting checkpoint operations was killed after he allegedly fired first against the police in Barangay Napo, Alicia town.

Orapa identified the suspect as William Igpit, 41, a resident of Balilihan, Bohol. Igpit was killed during an armed encounter with the police on Thursday afternoon, July 28.

During investigation, police found out that Igpit was among those suspects behind in the robberies in the province after he matched to one of the robbers seen in a security camera footage.

Further investigation has also revealed that  Igpit had previous cases on illegal drugs and possession of illegal firearms. He was released from jail last April 1, 2022.

Peralta added that should they finalize all needed papers, they will file the robbery complaints against other persons of interest.

Peralta said that Vega has directed the Bohol police to intensify their manhunt operation against these individuals.

The provincial government of Bohol has also provided cash reward for those who can give credible information about the identities and whereabouts of the suspects.