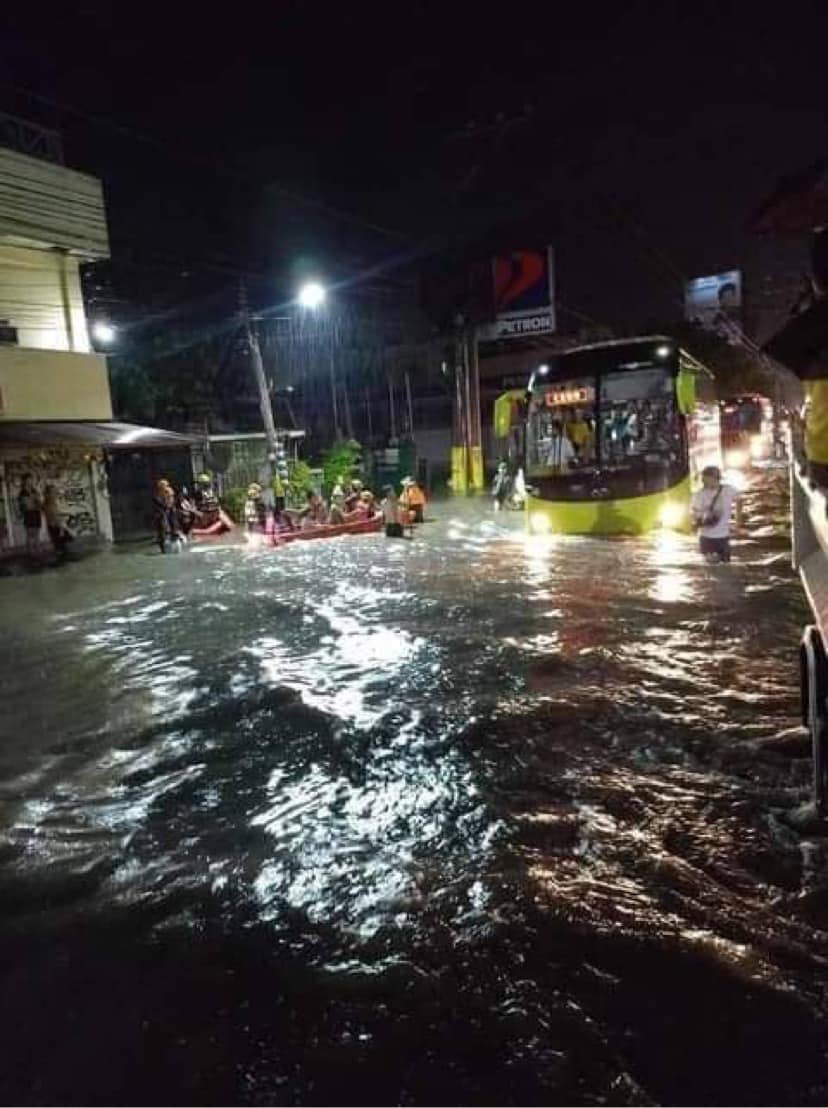 This photo was take in Cebu City during the heavy downpour  Thursday night, August 4, 2022. | Contributed photo

CEBU CITY, Philippines — At least 15 of the 80 barangays in Cebu City were submerged in knee-deep flooding as a result of the heavy downpour Thursday night, the Cebu City Risk Reduction and Management Office (CDRRMO) said in a report.

CDRRMO said nine homes were badly damaged by the flooding while 41 others incurred minor damages.

A copy of the CDRRMO report that was consolidated as of 5 p.m. on Friday, Aug. 5, was publicly released on Saturday morning, Aug. 6.

Meanwhile, CDRRMO said minor landslides were also reported in the city’s mountain barangays since Thursday, the most recent of which was the landslide that was reported in El Garahe in Barangay Busay early on Saturday morning.

On Thursday night, CDRRMO also launched a rescue operation to save a man whose home was swept away in flood waters along the Kinalumsan River.

But no fatalities were reported in the city.

Among the barangays that were badly affected by the flooding include Buhisan, Talamban, T. Padilla, Tisa, Labangon, Kinasang-an, Mabolo, Pit-os, Carreta, Pardo, Basak and Cogon-Pardo.

In its report, CDRRMO said families that were evacuated Thursday night have returned to their respective homes on Friday morning.

On Friday, Mayor Michael Rama ordered the immediate conduct of clearing operations and the implementation of the three-meter easement requirement in all of the city’s waterways.