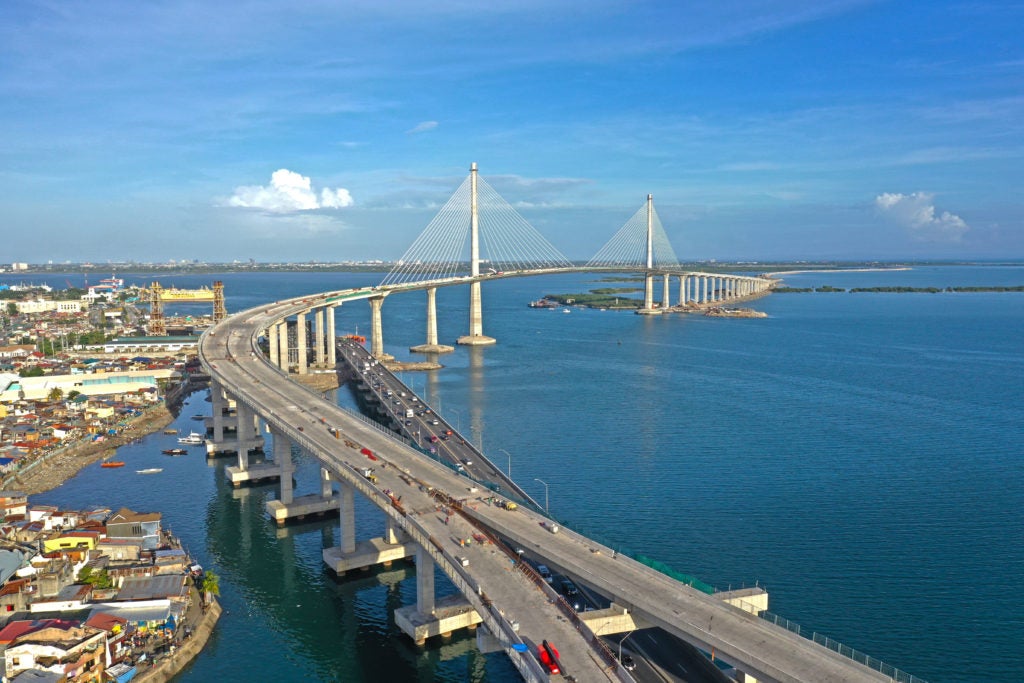 A view of the CCLEX main bridge and its CSCR on and off ramps. | Contributed Photo

CEBU, Philippines—The first bike race to be held at the new Cebu-Cordova Link Expressway (CCLEX) bridge is being advertised as a breathtaking journey 476 feet above the Mactan channel.

Organizers of the Megaworld Ironman 70.3 Philippines presented by AIA Vitality said that while the P33-billion megastructure won’t decide the winner, it could certainly end a triathlete’s dream.

Close to 2,000 triathletes will answer the starting gun for the revival of the event in the Queen City of the South on Sunday where 46 other countries are represented in the swim-bike-run contest that also offers 30 slots to next year’s World Championship set in Finland.

And while it will be an entirely new racecourse in and around the bustling The Mactan Newtown, the 90-kilometer bike leg that will have three loops at CCLEX could spell the difference because of long, lung-busting ascents and daredevil downhill rides that will reward those who are truly gifted with technical skill atop a bike.

Coming out of the 1.9-kilometer swim, it will be a breeze for most heading out of Mactan for the first time. But going back will be an excruciating grind before those in the hunt for the championship take on the 21-kilometer run on pedal-fatigued legs that will separate the contenders from the rest.

“Our athletes have trained hard for this, so I think they can manage very well,” said Kenneth Taylor, the coach of a Bukidnon-based squad. “Of course, the technical skill will also be a factor.”

Petr Lukosz of the Czech Republic, the champion of the full Ironman race in Subic last March, looms as the man to beat in the overall race, even as Jethro Ramos and Satar Salem, the Sunlife 5150 winner in Bohol last month, will carry Philippine hope here.

The United States will be fielding the most number of foreign entries with 67, while triathlon world power Australia will have 27 and the Philippines a total of 1,361.

Meanwhile, Darell Bada finished strong to turn back Carron Canas, while Adrian Ungos dominated in the bike leg to clip Caelle Avanzado as the Olongapo Junior Trackers clinched top honors in the Ironkids event, the prelude to the big show held on Saturday.

Kids get spotlight ahead of Ironman 70.3