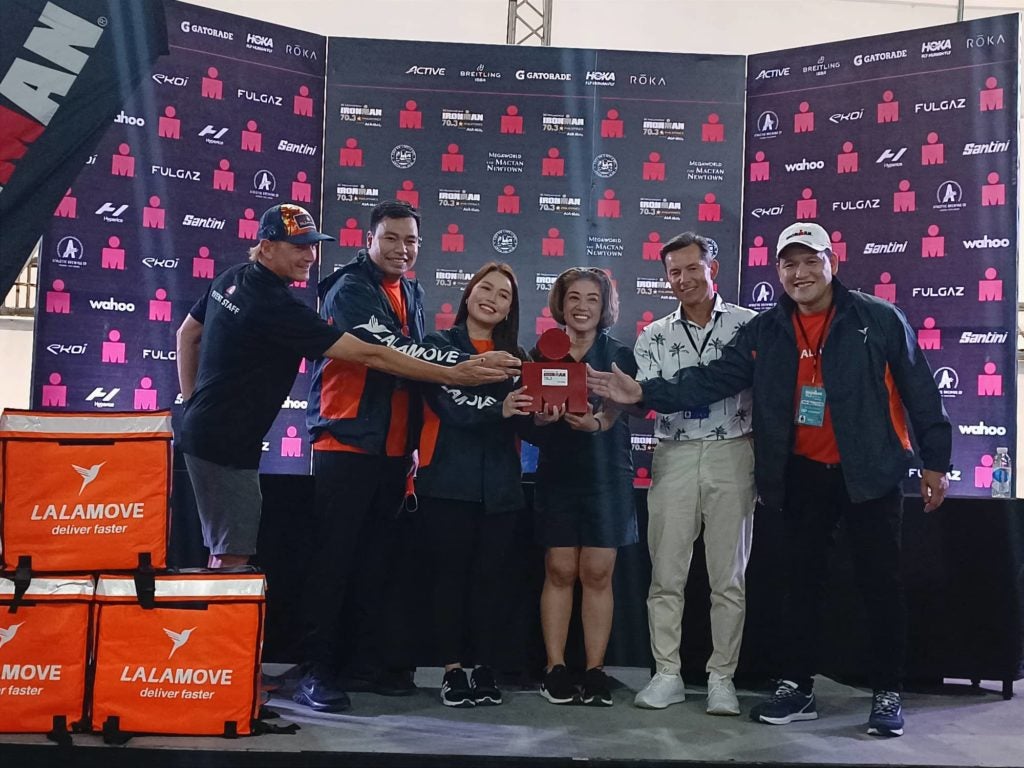 CEBU CITY, Philippines — With a huge chance of rainfall on race day, August 7, 2022, the organizers of the Megaworld Cebu Ironman 70.3 Philippines have already put in place contingency plans.

A total of 1,928 triathletes from 46 countries will answer the starting gun in the triathlon event dubbed as the “Comeback Race” which features a 1.9-kilometer swim, 90k bike, and a 21k distance run.

Since Cebu has been experiencing torrential rains in the past week which resulted to flooding in several areas, many have been concerned if it will be safe to race tomorrow, August 7.

According to Sunrise Events Inc. (SEI) General Manager and one of the race’s organizers, Princess Galura, it is a standard for the Ironman brand worldwide to have contingency plans in place in case of bad weather.

“Ironman worldwide has contingency plans for weather. There are certain things done like shortening the swim, cancel the swim, shorten the bike,” said Galura who attended the official launching of SEI, Ironman Philippines, and Lalamove’s official partnership.

“If the race director sees that there is danger to the triathletes and to everybody else, we always have a contingency, but we should also try not to jinx it. We’re still hoping for a good weather. We’ve ran, we’ve biked and we’ve swam in rain, so hopefully it will not be strong and we can still be able to do the race.”

Earlier today, the Ironkids Philippines wrapped up successfully at the Mactan Newtown featuring over 200 young triathletes. Contributing to the race’s success was the sunny weather that lasted throughout the morning.

However, tomorrow’s weather could be different as there is a 70 percent chance of rain.

For Galura, there is no stopping tomorrow’s race given that everything’s already in place.

At the same time, all of the triathletes are raring to answer the starting gun after roughly three years of inactivity due to the COVID-19 pandemic.

“We did get here, and all we want to do is race. Hopefully, we will get answered prayers and a close to perfect weather. If not, we’re also equipped to all kinds of weather,” said Galura.

“Madaming tao and madaming organizations and agencies who worked so hard to make this happen. You’ve seen the athletes who are also raring to race, so hopefully, we’re all able to cross the finish line again after roughly three years,” she said.

(There are many people and many organizations and agencies, who worked hard to make this happen. You’ve seen the athletes who are also raring to race, so hopefully, we’re all able to cross the finish line again after roughly three years.)

One of the highlights for tomorrow’s race is the 90k bike route which will cross the Philippines’ longest bridge spanning 8.9k connecting Cebu City and Cordova town in Mactan Island.

One of the pre-event highlights of the Ironman 70.3 Philippines is the race briefing which is hosted by popular Filipino weatherman Kim Atienza.

However, Galura SAID that the event would still follow COVID-19 protocols, and they opted to hold the much-awaited race briefing online. All of the athletes can access the race briefing for tomorrow’s race online as well as its anticipated Mass for Christian triathletes.

“We’ve always followed COVID-19 protocols, so from race briefing to the anticipated Mass, we’ve hold it online and other information are all online,” said Galura.