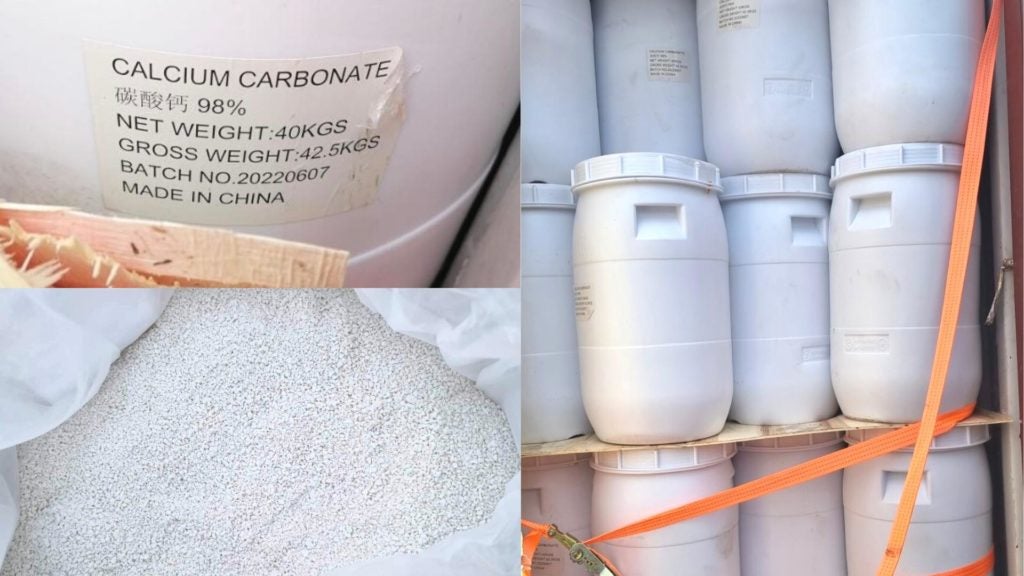 Drums containing chlorine granules were intercepted at the Port of Cebu on August 5, 2022. The smuggled shipment was worth around P1.5 million. | Photo from BOC-Port of Cebu

The Bureau of Customs at the Port of Cebu (BOC-Port of Cebu) reported in a statement that they intercepted a shipment of misdeclared sodium hypochlorite last Friday, August 5.

The BOC said that they received information that the shipment in question might have been falsified because it did not contain calcium carbonate.

Upon inspection, Customs officials discovered it contained 21,577 kilograms of sodium hypochlorite granules, instead of calcium carbonate, valued at P1,479,915.70.

“The misdeclaration would have resulted in the loss of P199,241.06 in duties and taxes,” said BOC-Port of Cebu.

“District Collector Charlito Martin R. Mendoza immediately issued a Warrant of Seizure and Detention against the shipment after finding probable cause for misdeclaration in violation of Section 1113 (F), (I), and (L-3, 4, & 5) in relation to Section 1400 of the Customs Modernization and Tariff Act,” they added.

Sodium hypochlorite is a chlorine-based chemical compound. It is commonly used as household chemicals such as bleach, and for disinfection and sanitation, particularly for potable water and swimming pools.

On the other hand, calcium carbonate, also a type of chemical compound, is mostly used in construction and as antacids in medicine. It is commonly found on rocks such as limestones.