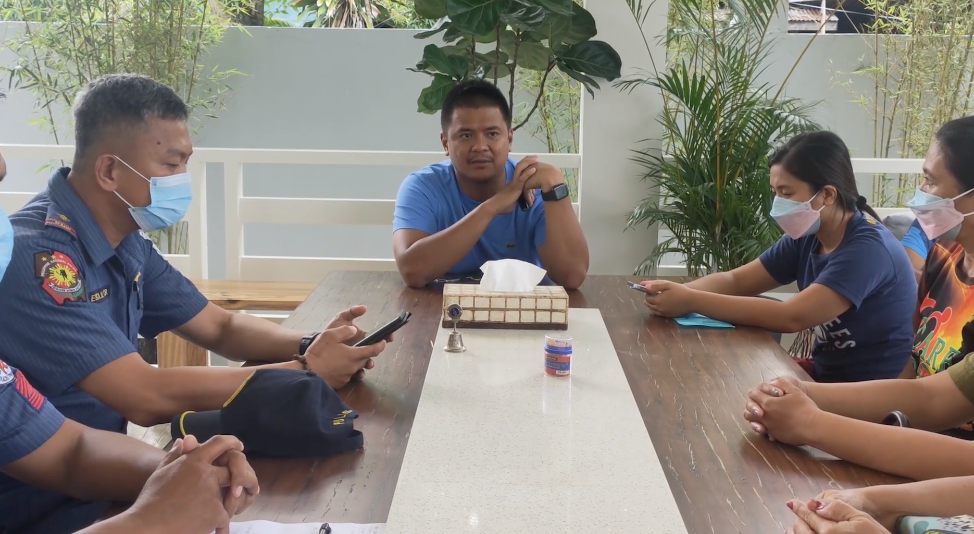 Dumanjug Mayor Gungun Gica (center) announces that he will be giving a cash reward of P100,000 to anyone who can help them arrest the thieves that took off valuables from a house in Brgy. Lawaan on August 8, 2022 | Screengrab from Dumanjug PIO FB video

CEBU CITY, Philippines – Dumanjug Mayor Efren ‘Gungun’ Gica has dangled a cash reward to help authorities in their municipality solve a recent burglary in their town, and arrest the suspects behind it.

Gica, in a video published on social media, announced that he will be giving P100,000 from his personal funds to anyone who can provide leads to the thieves who trespassed and took off valuables from a house in Sitio Lomboy, Brgy. Lawaan.

The three victims were reportedly in Dumanjug for a vacation, and were staying in a house owned by one of their friends located along the highway in Sitio Lomboy, Brgy. Lawaan. One of them woke up around 3 a.m. to discover that some of their personal belongings were gone.

They lost their bags containing large amounts of cash, ATM (automated teller machine) cards, and cellphones, all of which have a combined worth of more than P100,000, said Layug.

While the identities of the burglars have yet to be determined, Layug said investigators have already identified ‘persons of interest’ to help them solve the case.

In the meantime, Gica warned other criminals planning to strike in their locality that they will be dealt with accordingly.