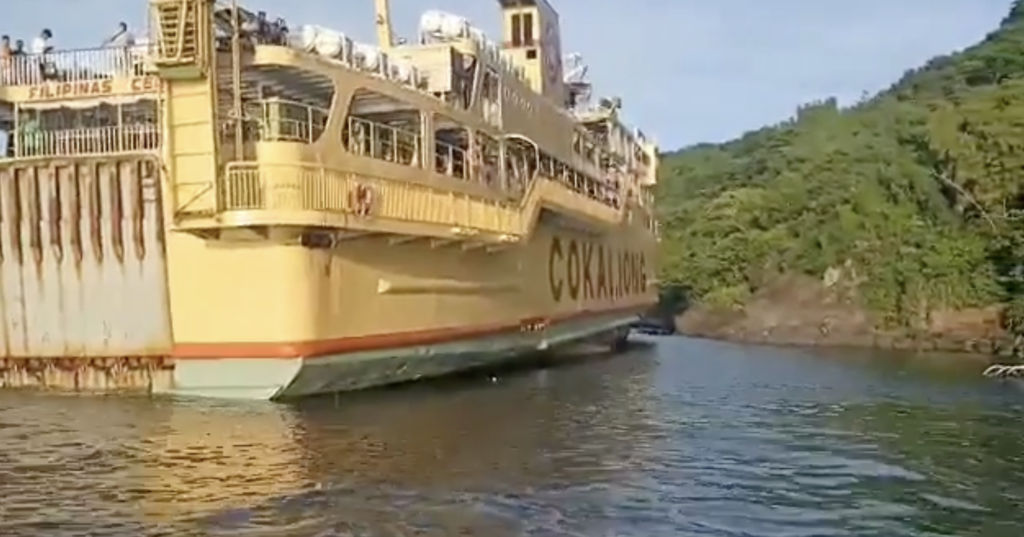 MV Filipinas Cebu was stuck within the seawaters of Concepcion, Iloilo after it ran aground on August 9, 2022. | Screen grab from PCG FB video

CEBU CITY, Philippines – The ferry passengers who were stranded after their ship ran aground in the seawaters of Iloilo last Tuesday, August 9, 2022, have been brought safely to Cebu.

The Philippine Coast Guard (PCG) confirmed that a passenger ship, M/V Filipinas Cebu, bound for Cebu, ran aground while sailing the waters within the vicinity of Igbon Island and Agho Island in Concepcion town, Iloilo last Tuesday at 12:08 a.m.

It was carrying 223 passengers, and 38 crew members, and was scheduled to arrive at Pier 3 or Tinago Port in Cebu City on Tuesday morning.

Initial investigation from the PCG showed that the helmsman, the officer in charge of steering the ship, fell asleep while the vessel was sailing. As a result, the ship ran aground.

Fortunately, all crew members and passengers aboard M/V Filipinas Cebu were safe.

The vessel did not suffer major damages to its hull, and there were no signs of possible oil spill, PCG added.

Another passenger ferry owned by Cokaliong Shipping Lines, M/V Filipinas Nasipit, arrived at the site where its sister ship ran aground on Tuesday afternoon to rescue and ferry the passengers to Cebu.

“(In the meantime), the Philippine Coast Guard (PCG) advised the vessel’s master to file a marine protest aboard the PCG Station Iloilo,” PCG said.