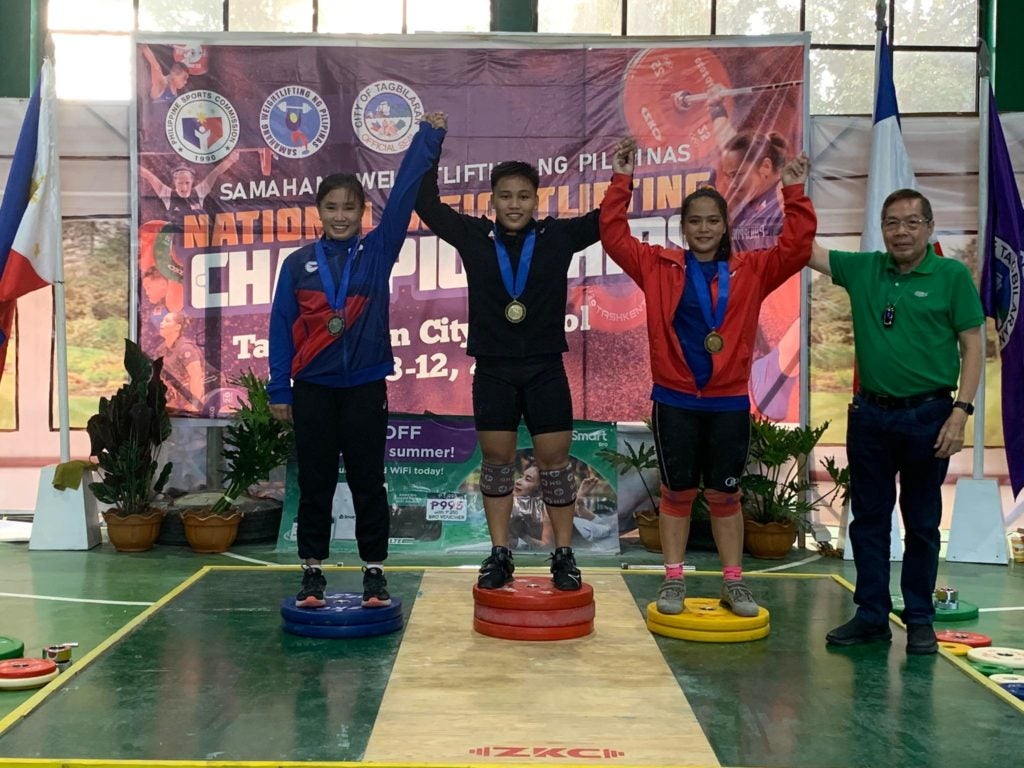 Ando dominated the 63-kilogram women’s division by lifting a total of 215 kilograms. She lifted 120kg in the clean and jerk and cleared 95kg in snatch. Ando tried to lift 125kg twice but failed.

Colonia of Zamboanga City finished with 191kg from her 107kg clean and jerk, and an 84kg snatch to yield a silver medal. She also earned a silver medal in the 31st SEA Games in the women’s 59kg division.

Hipolito settled for bronze after lifting a total of 175kg from her 100kg clean and jerk, and 75kg snatch. 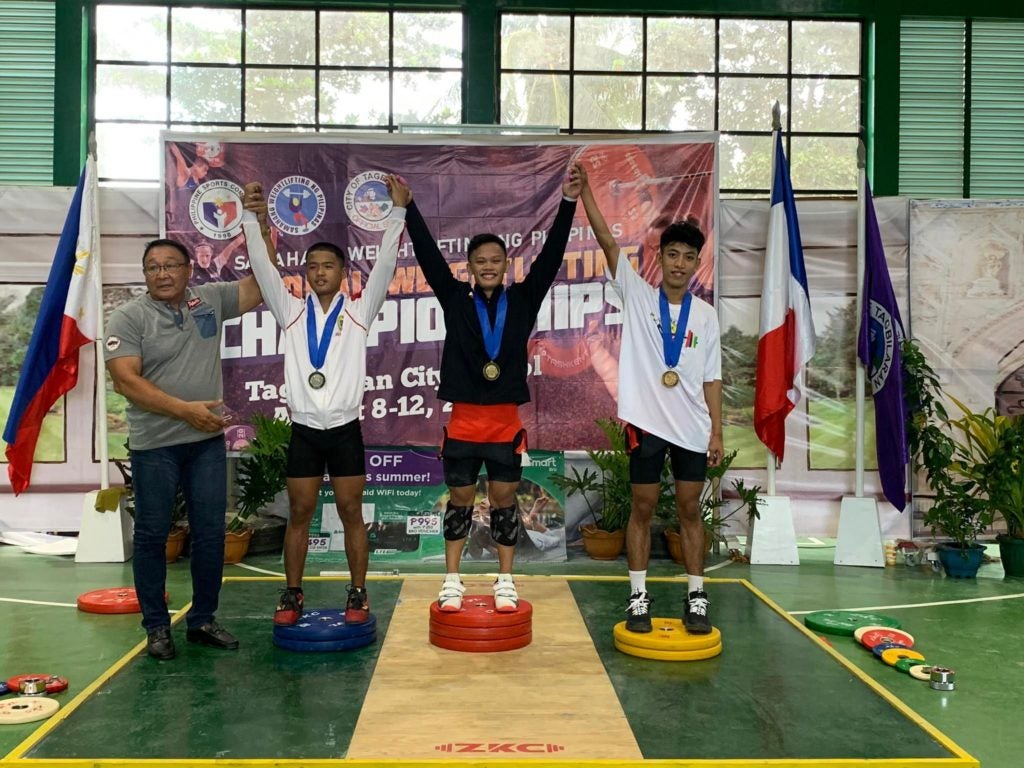 Fernando Agad (middle) also wins a gold medal for topping the men’s 55 Kg division with a total lift of 252 Kg at the Bohol weightlifting championships.| Photo from Ramon Solis of SWP

Meanwhile, Ando’s teammate, Agad ruled the men’s 55kg division. He finished with an impressive lift of 252kg. He cleared 114kg in snatch, and went on lifting 138kg in the clean and jerk.

Bohol topped the men’s 55kg group B after lifting a total of 215kg from his 125kg clean and jerk, and 93kg snatch.

Lastly, Ceniza handed Cebu’s fourth gold medal by topping the men’s 61kg division. However, Solis wasn’t able to provide the complete results in Ceniza’s division as of this writing.

On the other hand, the newly-wed Diaz dominated the women’s 55kg by lifting a total of 208kg. She had 120kg in the clean and jerk, and 88kg in snatch.

The other winning weightlifters in the national championships were Maria Vanessa Karaan (163kg total) in the 53kg women’s division and Lovely Inan (176kg total) in the women’s 49kg division.