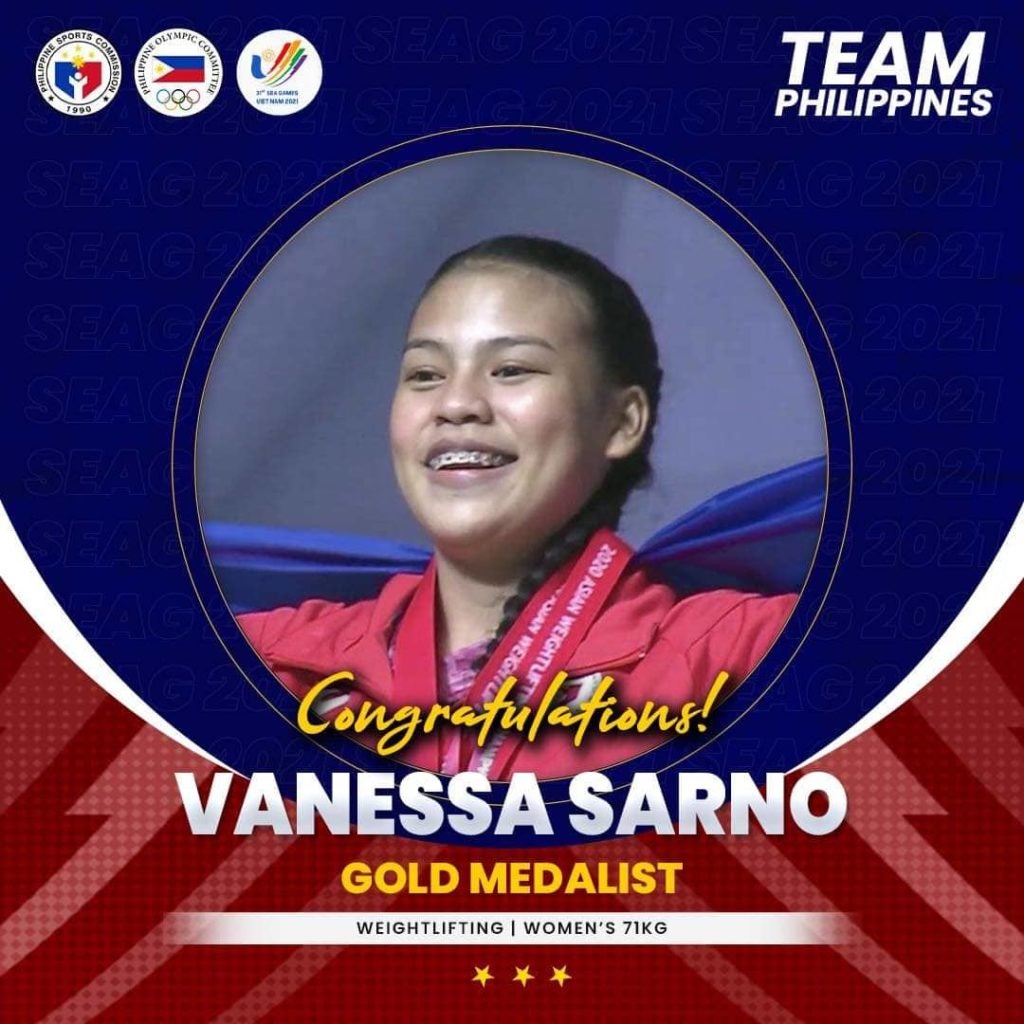 This is after Sarno booked record lifts of 104kg in the snatch, 135kgs in the clean and jerk, and a new Games record total of 239kgs according to Samahang Weightlifting ng Pilipinas (SWP) officials.

Before the SEA Games, Sarno’s most recent international stint was the World Championships in Tashkent, Uzbekistan last year where she placed fifth in her weight category. Prior to that, she won a gold medal in the same weight division at the Asian Weightlifting Championships which was also held in Uzbekistan.

With Sarno’s gold medal win, the Philippines earned its 47th gold with 59 silvers and 82 bronzes but still good in fifth place.

The Games will officially end on Sunday, May 22. /rcg

Read Next
Man, wanted for 2014 murder of bus dispatcher, nabbed in Carcar