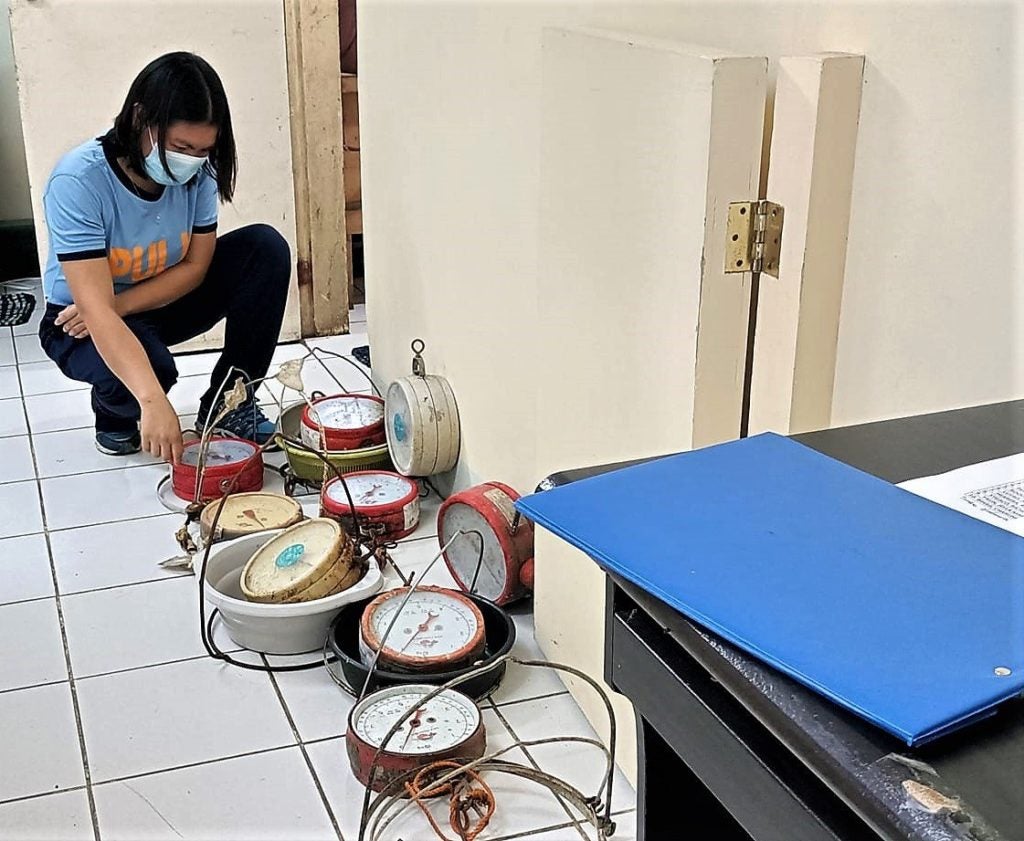 The local government of Consolacion reported that the administration of the Consolacion Public Market and Consolacion Police confiscated at least nine illegal weighing scales during a surprise inspection last Saturday, August 13.

The seized weighing scales were either recalibrated, no seal, or tampered with, the local government unit (LGU) added.

Police Staff Sergeant Marivic Pepito of the Consolacion Police Station was also quoted urging vendors in the town’s wet market to avoid recalibrating their weighing scales, adding that this is a violation of the law.

Otherwise, they may be forced to shut down their businesses.