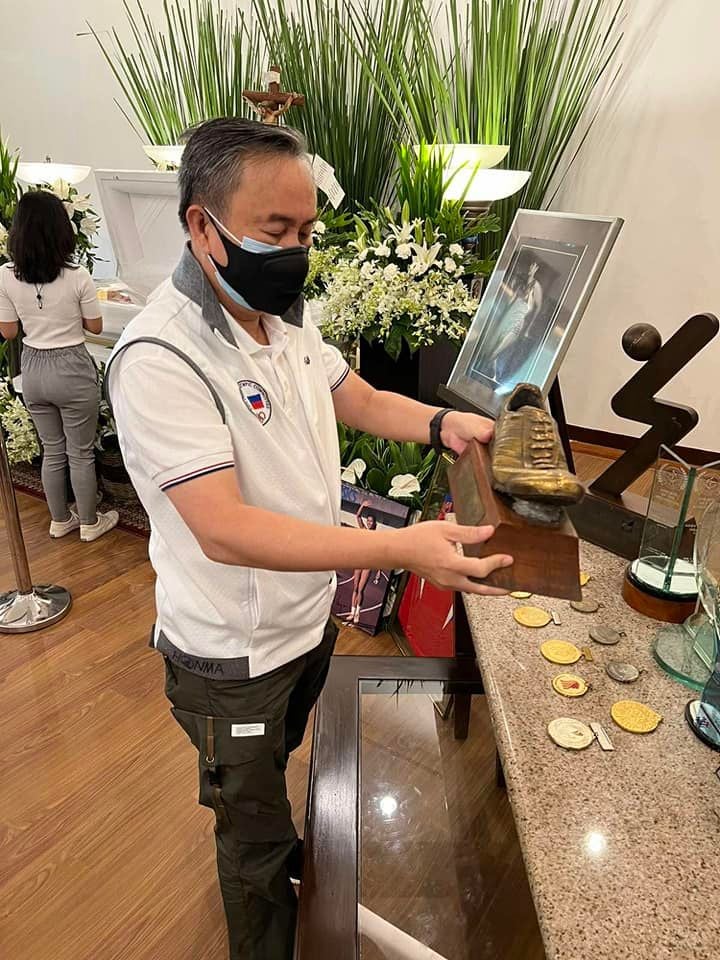 The POC through its president, Abraham “Bambol” Tolentino, will put up a special section at the POC Olympic Museum for the late “Asian Sprint Queen.”

The section will be made up of a wall where all of De Vega’s achievements will be displayed for the public to see.

Tolentino made the promise to De Vega’s daughter,  Stephanie Mercado-Koenigswarter, and mother, Mary, when he visited De Vega’s wake at the Heritage Park in Taguig City on Saturday morning.

“Lydia’s legacy will forever be remembered. So we, the POC, are planning to put all her achievements on a wall inside the Olympic museum,” Tolentino told Mercado-Koenigswarter and Mary de Vega.

“Her achievements in the Southeast Asian Games, Asian Championships and Asian Games, among others, will be immoratlized there in the museum. She’ll be an inspiration to all aspiring athletes,” the POC president said.

Tolentino said that the planned section inside the POC Museum would be done very soon.

“This is the first time that the POC will have a home of its own. And a museum will be built to aptly highlight this home,” said the POC president.

De Vega’s wake will be transferred on Monday to her native Meycauyan in Bulacan where she once served as councilor.

Tolentino, meanwhile, will fly to Bangkok on Monday for a SEA Games Federation Council meeting on the Cambodia 32nd SEA Games in May 2023.

Read Next
Close to P18M in illegal drugs seized in Toledo, Mandaue