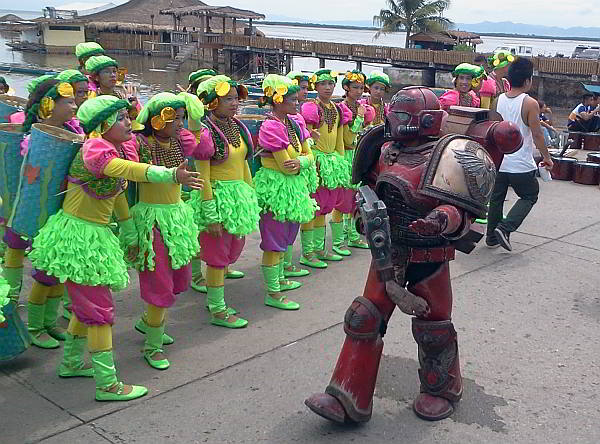 According to a statement on the Provincial Government’s official news and information platform on social media, each of the 13 barangays taking part in the festival will receive P150,000 each to cover their expenses for the town’s celebration of their Dinagat Festival.

Cebu Gov. Gwendolyn Garcia made the pronouncement during the festival’s inter-barangay ritual showdown held on Sunday, Aug. 14 at the Grand Stand on Centennial Road in Barangay Alegria.

This was then welcomed by Cordova Mayor Cesar “Didoy” Suan who thanked Garcia for her support.

The town of Cordova is particularly well-known for its abundant harvest of bakasi, a type of seawater eel, used to make Cordova’s famous cuisine called ‘Linarang.’

The town’s patron saint, San Roque, is also honored during the event.

Cordova’s ‘Dinagat’ Festival is among the contingents for this year’s Pasigarbo sa Sugbo – Festival of Festivals, which will be held on August 28 at the Cebu City Sports Center.

Read Next
Cebuano storms internet after flexing all his concert tickets