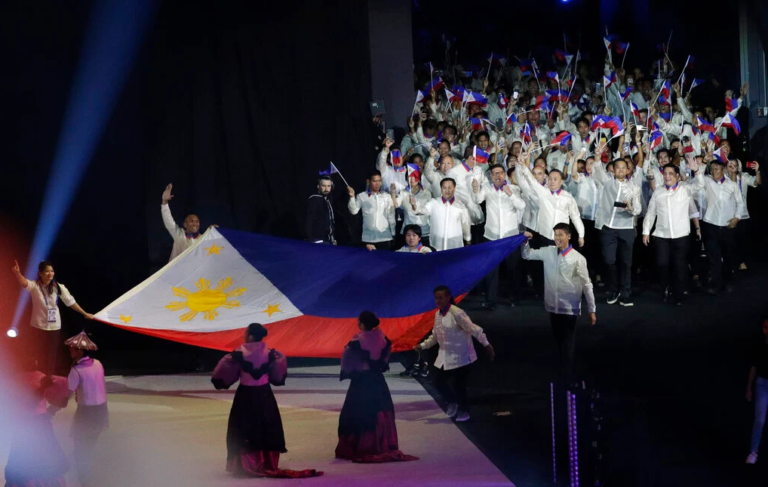 The Philippine delegation to the 2019 SEA Games in the Philippines. | Inquirer file photo

CEBU CITY, Philippines — The Philippine Sports Commission (PSC) is bracing for a very busy 2023 as the world of sports is catching up after the COVID-19 lockdowns.

The PSC on Tuesday announced that the national team is competing in at least nine major events across the globe next year.

With that in mind, the PSC proposed a total budget of P546 million to the Department of Budget and Management (DBM).

If approved, the budget will provide for the needs of the national team athletes vying in five of the nine sporting events next year.

Under the PSC proposal, P250 million will be used for the country’s participation in the 32nd Southeast Asian Games in Phnom Penh, Cambodia from May 2-16, 2023.

The sports agency hopes that the national team athletes will surpass the 4th place finish the country achieved in the 31st SEAG in Hanoi, Vietnam.

“We are hoping that the proposed budget will be approved by our country’s leaders. As a former athlete, the unwavering support of the government along with the full backing of the Filipino people is vital for our success,” said PSC Commissioner and Officer-in-Charge Bong Coo.

The budget for participation in the ASEAN Para Games and Asian Para Games and two world-level competitions FIBA and FIFA are still being finalized as of press time.

In the 2018 Asian Games, the Philippines won four gold medals, 2 silvers, and 15 bronzes in Jakarta, Indonesia.

In addition, the Philippines is also aiming to send athletes to the 4th World Combat Games in Riyadh, Saudi Arabia from October 5-14, 2023.

“We are happy and proud that our Filipino athletes have reached this level and are up against the best teams in the world and we support them in any way we can,” Coo concluded.