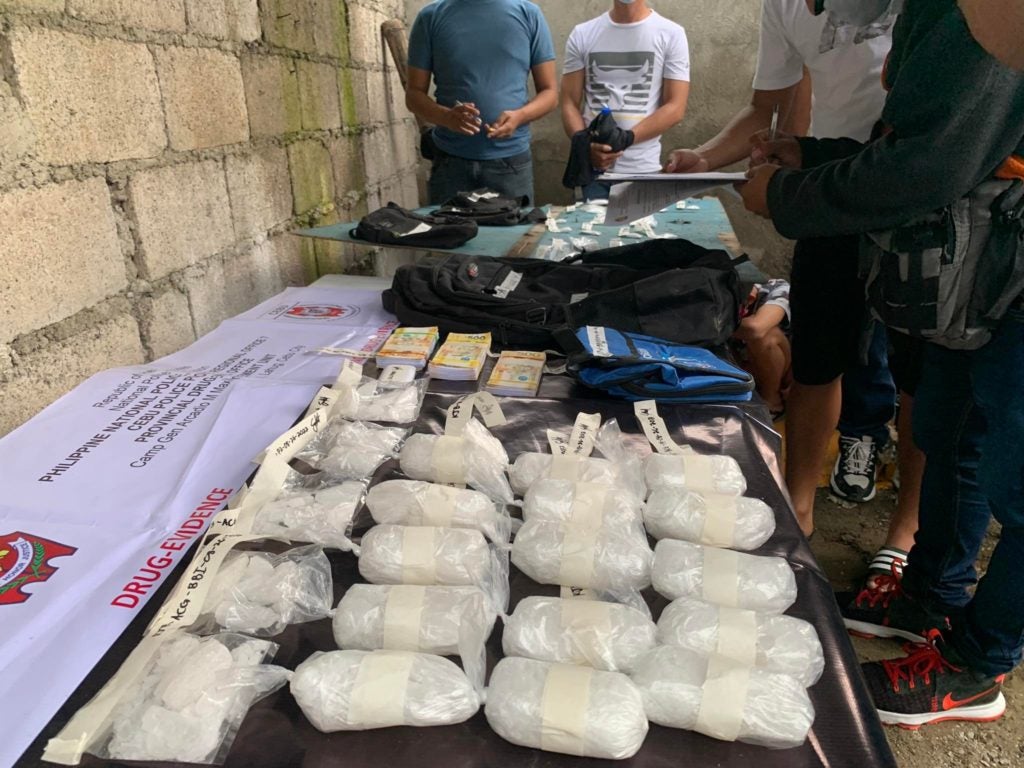 A 32-year-old man was arrested, while three 15-year-old boys were rescued with P13.6 million worth of suspected shabu in a buy-bust operation in Barangay Biasong in Talisay City on Friday afternoon, August 26, 2022. | Photo from CPPO PIU-PDEU

CEBU CITY, Philippines — Some P13.6 million worth of suspected shabu was confiscated during a buy-bust operation in Barangay Biasong, Talisay City on Friday afternoon, August 26, 2022.

Aside from that the Talisay City policemen also arrested Albert Guia, 32,  and rescued three minors during the operation.

The three 15-year-old boys, whom police described as Guia’s alleged cohorts, were used allegedly as drug couriers of Guia, who hails from Loon town in Bohol Province.

Police confiscated two kilos of suspected shabu from the suspects worth P13.6 million.

Bicoy said that these minors were paid around P1,000 to P2,000 per successful delivery of illegal drugs to customers.

He said he could also not tell for now if these three boys were attending classes or were out-of-school youth.

(The boys are his errand boys to deliver the subject items. They will divide the items, then he would ask the minors to deliver them…it just so happened that when we transacted with the suspect, the minors were there.)

(These [drug personalities], they did not think when they would ask the minors to do errands for them. What they were thinking was that their business would continue. They also saw the minors, and believe that the operatives would not notice them.)

Bicoy added that the suspect, Guia, could dispose at least a kilo of suspected shabu per week.

He said that Guia would usually rent a pension house in various cities here and would keep the illegal items there before disposing these to his customers.

However, he said that  they had yet to know the suspect’s source of his items, but he believed this came from outside the region.

Guia could allegedly dispose these illegal items in the cities of Cebu and Lapu-Lapu and some areas in Cebu province.

Bicoy said that they already reached out to Cebu City police to trace the guardians of these three minors and that they also would still gather documents that would prove that these boys were indeed minors.

The CPPO’s Women and Children Protection Desk personnel are closely coordinating with the Department of Social Welfare and Development for the proper custody of the three boys.

But for now, Bicoy said that these three would still be under their custody.

Following this operation, Bicoy is calling the parents and guardians to monitor their kids because these are usually the targets of the drug personalities and lure them with money in exchange for delivering illegal drug items.

Police, on the other hand, continue to coordinate with the schools and conduct lectures to avoid the children from engaging in illegal activities, particularly on illegal drugs in the province.